On Jan. 18, the U.K. parliament will debate a petition signed by more than half a million people to ban Donald Trump from entering the country.

The petition was started by a journalist and satirist in Scotland after Trump’s controversial demand for a “total and complete shutdown” of Muslims entering the United States. But the debate is not unusual and does not necessarily mean that the British government is considering banning Trump. Parliament considers all petitions with more than 100,000 signatures.

Thus far, the British government has stayed silent on whether it will consider a Trump ban. The official government response posted by the petition states: “the Government does not routinely comment on individual immigration and exclusion decisions.”

Home Secretary Theresa May, whose office holds the power to prevent individuals from access to the U.K., refused to comment on Trump’s case in December but George Osborne, Chancellor of the Exchequer and David Cameron’s right-hand man, has signaled that a ban is unlikely. “The best way to defeat nonsense like this is to engage in robust and democratic debate, and to make it clear his views are not welcome,” he said after Trump’s controversial comments, the Guardian reported.

Read more: Why I Am Campaigning to Ban Donald Trump From the U.K.

It would not be the first time the British government had banned a divisive figure. According to the government response , “The Home Secretary may exclude a non-European Economic Area national from the U.K. if she considers their presence in the U.K. to be non-conducive to the public good.” Over 200 have been banned since 2010.

Controversial Americans have been denied entry to the U.K. before, from Louis Farrakhan, the American leader of the Nation of Islam to Shirley Phelps-Roper, a spokesperson for the controversial Westboro Baptist Church, and anti-immigration activist Pamela Geller.

Trump isn’t happy about the prospect of joining them. “The U.K. politicians should be thanking me instead of pandering to political correctness,” he wrote in an op-ed in Scotland’s Press and Journal newspaper. He has threatened to pull tens of millions of dollars worth of investment in two golf courses in Scotland if a ban comes to pass, according to the Telegraph.

The billionaire has a rocky history with the United Kingdom, particularly in Scotland. The 2011 documentary You’ve Been Trumped, by British director Anthony Baxter, depicts Trump’s tempestuous relationship with local residents in a town in Scotland where he had built a luxury golf course. Trump’s lawyers tried to block the film from the BBC on grounds that it was “defamatory” and “deliberately misleading.”

The debate in the House of Commons has been set for Monday morning, when members of parliament are likely to make their feelings about Trump known in characteristically colorful terms. And given statements made in the Commons are exempt from Britain’s powerful defamation laws, Trump’s lawyers will be able to do little about it. 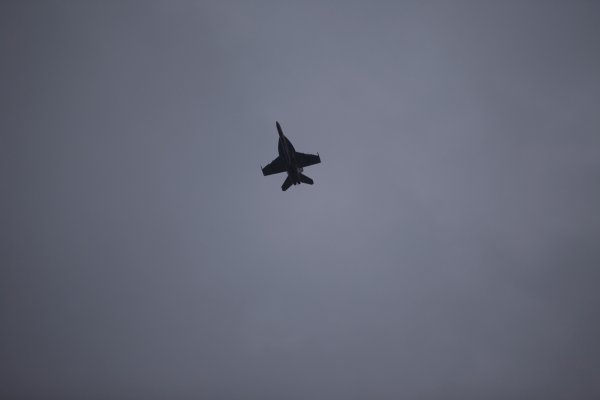 Watch Cash Fall From the Sky After U.S. Destroys ISIS Bank
Next Up: Editor's Pick