Where is the cheapest crude oil in the world? And how low can you get that barrel of oil?

WTI has declined to $30 per barrel, the lowest level in more than 12 years. But heavy oil producers in Canada would love to have $30 oil.

The price for a barrel of bitumen, the tar-like oil sands that comes from Alberta, fell to just over $8 per barrel this week. That is not a typo. Bitumen traded at $8.35 per barrel on Tuesday.

In fact, Amazon.com sells oil drums – just the barrel, not the oil – for $78, almost ten times the cost of the actual bitumen. To be fair, that drum holds 55 gallons instead of the industry-usual 42 gallons. But even a 30-gallon barrel – again, an empty barrel – costs 7 times more than the oil sands that would go in it.

Oilprice.com: War Between Saudi Arabia And Iran Could Send Oil Prices To $250

Single-digit oil prices for oil sands is not just a problem, it is an existential crisis. That is because heavy oil is some of the costliest stuff around. Bitumen production is way more expensive than oil from shale.

Heavy oil producers are now losing money on every single barrel that they sell, even from facilities that are already up and running. Forget the fixed costs of development; just the operating costs of keeping a project online are significantly higher than the revenue that an oil sands producer would earn from selling their bitumen.

Oilprice.com: Get Ready for Iran’s Oil: Sanctions Could Be Removed Next Week

Consequently, it is shut-in time for some producers. Leaving aside the massive cutbacks in spending and the future oil production that will not be realized, Canada could start posting some serious production declines from existing sources. Simply shutting down an operation probably makes more sense than selling oil at a loss.

But some companies might stay online and lose money because shutting down carries its own trouble and costs. Shutting down can actually damage a reservoir, leaving a site with permanently lower output. As a result, production shut ins could actually be “extremely limited,” Martin King of Calgary-based First Energy Capital recently told an industry conference. 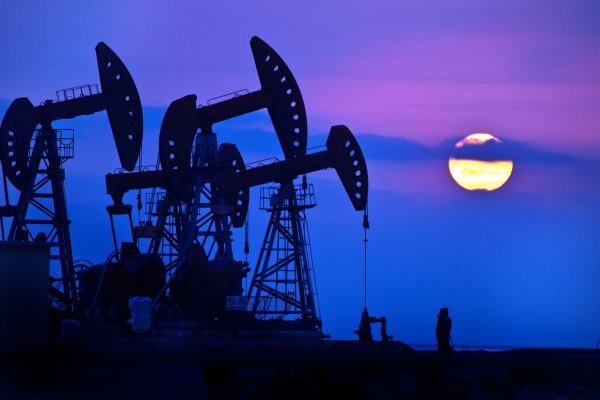 27 Billion Barrels Worth of Oil Projects Have Been Cancelled
Next Up: Editor's Pick