German children work on their handwriting, circa 1950.
FPG / Getty Images
By Lily Rothman

The pencil salesman’s lament will likely sound familiar: “Penmanship,” he complained, “is sort of dying out.”

In today’s texting, typing world, worry about the “dying art” of handwriting is a common refrain–especially among parents and educators who fear for a generation of children who cannot write in cursive, as the amount of classroom time spent on handwriting shrinks. There’s even a National Handwriting Day—this Saturday, Jan. 23, on John Hancock’s birthday—that a writing-instrument trade group sponsors in order to remind Americans of the joy of penmanship. And they do have a bit of a point: studies have shown that students who are taught both script and print writing do better on reading tests, and that cursive writing uses a unique part of the brain.

But they also have reason to take a deep breath. A quick look at TIME’s archives reveals that handwriting nostalgia is not a product of the computer age. People were freaking out about children not learning their cursive for decades before the first word processors showed up in schools.

That pencil salesman quoted above? He appeared in a TIME story in 1935, in which a representative of the National Association of Penmanship Teachers and Supervisors blamed not typewriters but prominent figures like Horace Greeley, who made it seem like bad handwriting was a mark of a great mind.

In 1947, TIME again bemoaned the “day of typewriters, shorthand, telephones and Dictaphones” when 70% of teachers said that “the nation’s penmanship was getting no better, or it was getting worse.” Handwriting classes, particularly for cursive, were already losing their time in the school day. Even the teachers themselves had bad handwriting. “The day of the curlicue and flourish, and of arm exercises,” the story noted, “seemed to be over.”

Five years later, the parents of Brookline, Mass., organized a mini revolt against the local public schools’ decision to ditch cursive in favor of manuscript printing that one local magazine called “a system that bears a striking similarity to the crude hieroglyphics of the ancient Phoenicians.”

By 1980, “telephones, typewriters, computer print-outs” and “a spreading weakness of will” were to blame for the epidemic of illegibility. In fact, the occasion for TIME’s noting the problem was that the group behind National Handwriting Day, which was established in the 1970s, had decided it was pointless to continue to include signatures in their campaign for clear writing.

There’s no question that the way handwriting is taught in schools has changed—but when it comes to worrying about that fact, some things have stayed the same. 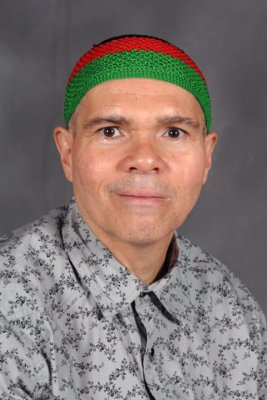