This year’s Oscar nominees could not be any whiter. Not a single person of color was nominated for best actor or best actress, spurring the hashtag #OscarsSoWhite to trend on social media for a second year in a row. The Daily Show has a theory as to why the Oscars are so white-washed.

Correspondent Roy Wood Jr. listed the films starring black actors that have gotten nominated for Oscars in recent ears—Django Unchained, Selma and 12 Years a Slave—and pointed out that they’re all about black oppression and specifically slavery. “White people love feeling bad about how they treated black people,” he said. “So to make a hit black movie, you need a whip, a firehose or a negro spiritual.”

MORE Oscars Still So White, So Male, So Wrong

“But I think it sucks that if black people want Academy Awards we can’t just make movies about anything but slavery,” host Trevor Noah said.

“No, no, no,” said Wood Jr. “We can make movies about anything we want. We just have to trick white people into thinking the movie is about slavery.” He then showed a clip of what snubbed movies like Creed and Straight Outta Compton would have looked like with some slavery “sprinkled in.”

Fans of the critically acclaimed Creed and Straight Outta Compton are outraged that the black filmmakers and black actors in the pictures were overlooked even thought the white people involved in those films were not. Both movies were shut out of the best picture, best lead actor and best director categories. And yet Sylvester Stallone, the only white actor with a major role in Creed, and the white screenwriters of Straight Outta Compton both got nods. 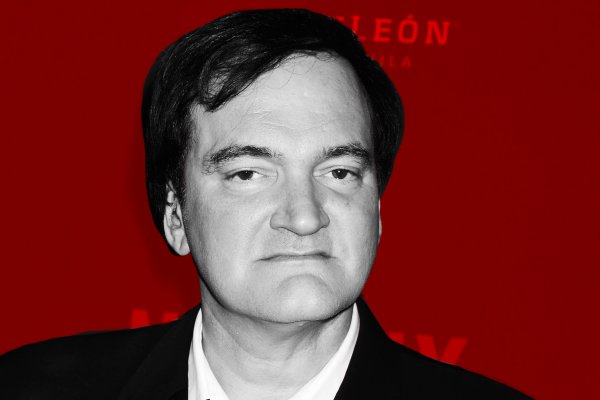 The 13 Biggest Oscar Nomination Snubs
Next Up: Editor's Pick