What to Know About Martin Luther King Day

Monday is Martin Luther King, Jr. Day, and it means more than just the closure of government offices. Here’s what you need to know about the holiday.

The day celebrates the birthday of Martin Luther King, Jr., which is Jan. 15. The holiday is observed on the third Monday of January.

King was assassinated in 1968, but it wasn’t until 1983 during the Reagan administration that the holiday was established. President Reagan was initially hesitant to designate the holiday, but, as TIME reported at the time, “Faced with inevitable congressional passage of a bill to make Martin Luther King‘s birthday a national holiday, Reagan swallowed his longstanding objections that this would open the door to many other groups seeking similar holidays and decided that he would support the measure.”

After the bill passed in 1983, the holiday started being officially observed in 1986. As TIME’s Lily Rothman explains, having one’s birthday as a national holiday was an honor that at that time had only belonged to George Washington.

As the holiday is celebrated, Clayborne Carson, founding director of the King Institute, professor of history at Stanford University and author of Martin’s Dream, has some suggestions about how parents should teach their children about King. “If you put someone on a pedestal, they you can’t really be like them,” Carson told TIME. “But if you realize that he was a human being just like the rest of us, who was caught up in a great movement and did extraordinary things, then people begin to understand that they can do extraordinary things, too.” 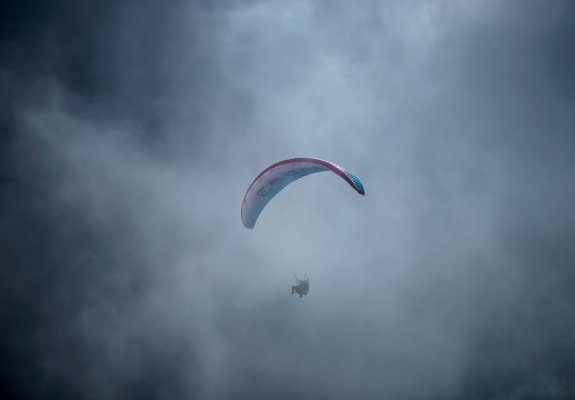 Experienced Skydiver Dies After Jump in North Carolina
Next Up: Editor's Pick