Oscars Still So White, So Male, So Wrong

This year, I was hoping for something more to come out of the 2016 Oscar nominations. After snubbing Ava DuVernay’s powerful directing of Selma and nominating only white actors last year, I hoped they’d learned. After all, #OscarsSoWhite dominated the discussion around the awards and rightfully so—diversity in filmmaking and acting are paramount. Women and people of color are telling important stories and creating inspiring cinema. They deserve to be recognized, too. But unfortunately, the Academy has stuck to Hollywood’s worst status quo: privileging mainly white male voices at the exclusion of others.

This is confusing, because there is so much great work to celebrate by diverse filmmakers, actors, screenwriters and cinematographers. Yet not one woman director or black actor received a nomination this year. And don’t say there wasn’t quality work or the audience wasn’t interested: the largest grossing film of the year, Star Wars: The Force Awakens, starred a woman and two men of color and ignited a whole new generation of movie fandom. Many acknowledged the amazing performances of Will Smith, Michael B. Jordan and Idris Elba—yet it seemed few women of color were even considered. Film stands to reap huge benefits, never mind be on the right side of history: increased diversity in television has brought in increased viewership and new frontiers in artistic achievement.

We should celebrate diversity in media that reflects the world we live in. This truth in storytelling resonates with audiences all over the world. And it’s good for society. The Academy could be leading this effort, not putting itself on the wrong side of history.

I have personal experience with bias in the entertainment industry: When I made my first documentary, Miss Representation, I wanted to hire a female director, since the film explores how mainstream media and culture contribute to the under-representation of women in positions of power and influence. While there was interest from several prominent female filmmakers, I was eventually turned down by every single one, due to their fear of being blacklisted in Hollywood if they spoke out against the sexism and one-dimensional operation so prevalent in the entertainment industry. So I directed it myself, which ultimately was a gift, because I branched out from acting and producing and found my voice as a director.

Marion Wright Edelman has a powerful quotation that became the motto for Miss Representation: “You can’t be what you can’t see.” With this year’s Oscar nominations, as in previous years, we are continuing to perpetuate the tired—and outdated—reflection of culture: the idea that to be valuable, you should be a white, and likely straight, male.

Aside from providing purely escapist entertainment, art is supposed to inspire us, make us reflect on our humanity, and improve our society. And there are certainly works in this year’s nominations that achieve that—Room, The Martian, Spotlight, to name a few. But to overwhelmingly celebrate the perspective of one type of artist does not truly challenge. It does not truly change us. It keeps us small.

Let us demand a better acknowledgement of cinematic achievement by the Academy and others. One place to start would be to expand the membership of the Academy to better reflect audience members. Hopefully, by growing its voting base, the Oscars can help us celebrate varied representations in filmmaking and challenge us to build a healthier, more inclusive society, reflective of our modern culture and modern values. Now that’s an awards show I would be thrilled to watch. 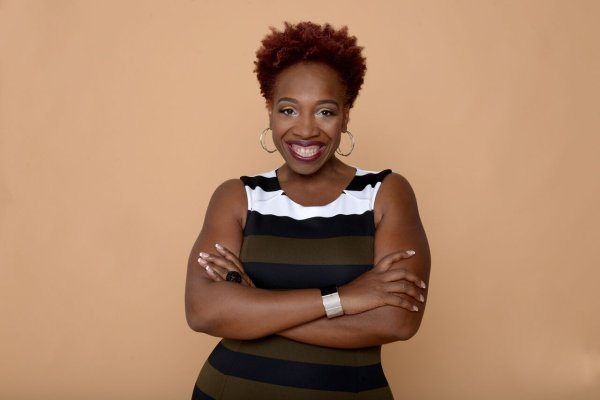 How You Can Win the Powerball of Life
Next Up: Editor's Pick