Why The Hermès Birkin Bag is a Better Investment Than Gold

A employee holds a $129,000 crocodile Hermes Birkin Bag during a private opening for the new Hermes store on Wall Street in New York 21 June 2007.
Timothy A. Clary—AFP/Getty Images
By Tara John

Skip the gold and steer away from the tumbling stock market, according to a new study the best option for long-term investors is to buy a Hermès Birkin bag.

According Baghunter, an online marketplace for buying and selling handbags, the Birkin bag outpaced both the S&P 500 and the price of gold in the last 35 years— a time period chosen to reflect the date when Birkin bags were first produced in 1981. They say that the annual return on a Birkin was 14.2%, compared to the S&P average of 8.7% a year and gold’s -1.5%.

The bags, which can costs anywhere between $60,000 to $200,000, are made in limited numbers and are not advertised. Quartz attributes its astronomical prices to scarcity: waiting lists for new bags are six years.

According to Baghunter: “As a status symbol for the elite and ultra-rich, the main factor affecting the secondary market for Birkins is desire. All signs point to that desire remaining as strong throughout 2016 as it has been since the bag was released in 1985, with media outlets fawning over celebrities such as Kim Kardashian and Victoria Beckham who regularly sport their Birkin bags in paparazzi pictures.”

The bag was conceived when actress Jane Birkin was on the same flight as Hermes’ boss Jean-Louis Dumas and complained about not being able to find a good leather weekend bag. 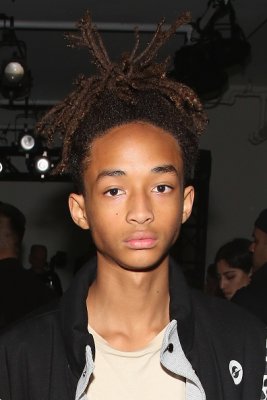 Jaden Smith Wears a Skirt in Louis Vuitton Ad
Next Up: Editor's Pick