What Rand Paul Was Doing During the Republican Debate

After losing his spot on the main stage at Thursday’s Republican debate, Kentucky Sen. Rand Paul was not happy — so he skipped it entirely and hosted his own event on Twitter.

The Republican presidential candidate was protesting being moved from the main stage to the 6 p.m. undercard at the Fox Business debate. After a two-day media tour of New York City giving interviews — all hinged upon his skipping the debate — Paul holed up at the Twitter offices and answered user questions on Periscope video livestream, calling the event the Rand Rally.

Eschewing the debate stage for a virtual exchange was a bold move, but it paid off for Paul — at least on social media. Amongst all candidates, regardless of party, Paul added the second most followers, according to Twitter Government, and #RandRally was the fourth highest trending hashtag in the United States.

The event also served as a fundraiser of sorts for Paul — he periodically sent messages linking to his Square Cash page for donations. Paul responded to a tweet from Wired Magazine about his follower growth saying, “I’m thinking we should tell them in advance that we’re not showing up to any more of their stupid debates.”

Paul, who complained at previous debates about speaking time, talked all he wanted to viewers during the over two years that he wasn’t on stage. “I refuse to be banned, and I refuse to be silenced,” Paul said in a preview video. “Instead, I’ll take my message directly to the people.”

He wasn’t entirely absent from the main debate however — just over two hours into the event, a group of supporters briefly interrupted the show, loudly chanting “We want Rand!” 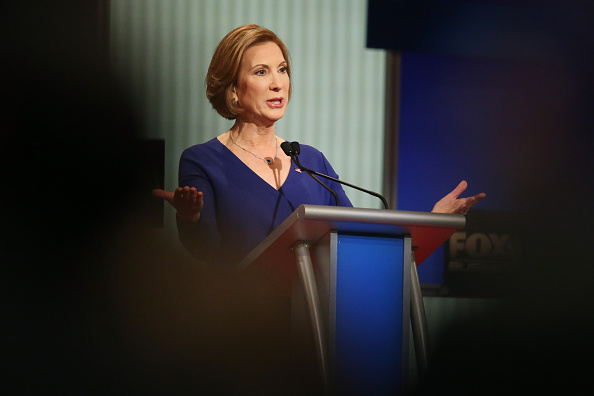 How Carly Fiorina Won the Undercard Debate
Next Up: Editor's Pick