ISIS claimed responsibility for a terrorist attack that killed two people in the center of Jakarta on Thursday. If the extremist group was behind the attack, it would be the first time it has struck Indonesia.

But the Indonesian archipelago, home to the world’s largest population of Muslims, is no stranger to Islamist extremism. The al-Qaeda-linked Jemaah Islamiyah (JI) staged brutal large-scale attacks, such as the Christmas Eve bombings in 2000, where 11 churches were attacked across the country, and the 2002 Bali bombings, which killed 202 people.

Now, Indonesia finds itself facing a new threat. There are 22 local groups who have pledged allegiance to ISIS’s leader, Abu Bakr al-Baghdadi. Even though the state officially banned ISIS in 2014, the groups have yet to face any legal challenge to their dissemination of propaganda, gathering of funds or recruitment of Indonesians to fight for their hard-line vision of a “caliphate.”

Extremist groups have existed in the country since its independence from the Netherlands in 1949. Under Suharto, the dictator who ran the country for 32 years, militant Islamic groups like Darul Islam (DI), which declared an Islamic state in West Java, were brutally quashed. “This repression under Suharto was a bit like Egypt under Hosni Mubarak or Iraq under Saddam Hussein. Extremism was kept in its place ruthlessly,” says Michael Williams, an expert on Indonesia from London-based global policy think tank Chatham House.

When Suharto was overthrown in 1998, Indonesian extremists who had been gaining battlefront experience with al-Qaeda in Afghanistan returned to the country and formed various militant groups, chief among them Jemaah Islamiyah (JI), which staged attacks on targets perceived as un-Islamic, such as Christian places of worship and nightclubs. The group, led by Abu Bakar Bashir and with a presence in several Southeast Asian countries, seeks to establish a pan-Islamic state across much of the region.

After the 2002 attacks in Bali, Indonesia’s government formed Detachment 88, a U.S.-trained counterterrorism unit, which became the country’s greatest asset in dismantling and deradicalizing the JI and al-Qaeda-affiliated networks between 2002 till now.

“Detachment 88 hunted terrorists, then killed or rehabilitated them,” says Rohan Gunaratna, head of the International Centre for Political Violence and Terrorism Research at Nanyang Technological University in Singapore. “Terrorists had religious counseling, were reintegrated into society and eventually became informers for the police.” Arrest of its key leaders like Bashir and the loss of support from local communities have made JI weak.

Today, ISIS has taken over the space in Indonesia once dominated by JI and al-Qaeda affiliates, says Gunaratna. Many of their followers have defected to ISIS, including Bahrun Naim — the suspected organizer of Thursday’s attack, who allegedly heads ISIS’s external operations wing in Southeast Asia from Syria. There is also evidence of growing conservatism in the country, where strict Islamic laws have been enforced in the northwest province of Aceh.

Gunaratna attributes ISIS’s online propaganda as a powerful recruitment tool, saying that out of the 3,000 pro-ISIS social media sites in Southeast Asia, over 70% of them originate from Indonesia. Furthermore, in the past two years, over 600 Indonesians are believed to have traveled to ISIS-held territories in the Middle East, compared with the 400 JI militants who trained with al-Qaeda in the space of 10 years.

That’s still only 600 in a country of 200 million, and support for the group is limited “to a fringe of a radical fringe” of Indonesian Muslims, says a report on ISIS in the country by the Institute of Policy Analysis of Conflict. But even a handful of militants can still stage significant atrocities, as Indonesians saw once again this week.

“Indonesians are not good at preventing an attack, but they are very successful in post-investigation and hunting perpetrators,” says Gunaratna. To fight the rapidly growing threat of ISIS, he says Indonesia will have to double the numbers of Detachment 88, criminalize ISIS-affiliated groups and counter the propaganda on the web. Both it, and the world, are facing a truly global threat. 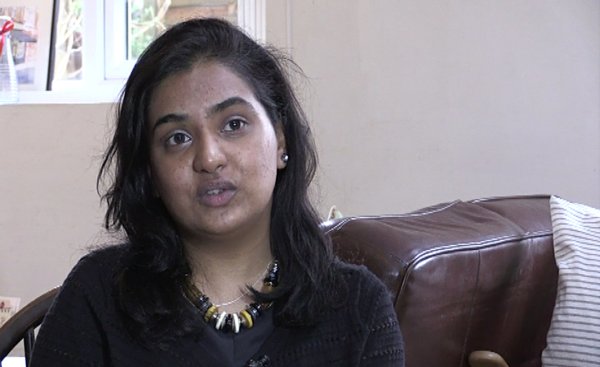 Sister of Suspected ISIS Executioner: I Will 'Kill Him Myself'
Next Up: Editor's Pick