We Finally Know How Many People Watch Netflix Shows

Netflix loves to tout its fast-growing subscriber base, but the streaming company has been mum about just how popular its shows actually are. Now NBC believes it’s managed to dig up that data using measurements from a third party.

At a Wednesday presentation, NBCUniversal Head of Research Alan Wurtzel revealed estimated viewership information for several of Netflix’s buzzy original shows that premiered during the fall. Marvel’s Jessica Jones averaged 4.8 million viewers between the ages of 18 and 49 during the first 35 days after its November debut, according to the TV analytics company Symphony Advanced Media. Master of None gained 3.9 million viewers during a similar time window, while Narcos attracted 3.2 million viewers in that demographic (the figures miss the first few days of Narcos’ August premiere because tracking began in September).

A Netflix spokesperson did not respond to TIME’s request for comment about the accuracy of the figures. The streaming service has never publicly disclosed viewership figures for any of its individual shows, but analytics companies like Nielsen and now Symphony believe they can use audio data from shows to track their popularity. These companies match the known audio recording of a given show with the audio playing when a user boots up a program in the Netflix app in order to estimate viewership. Symphony used a sample of 15,000 users to estimate the numbers shared by NBC.

Wurtzel shared the data in order to combat the narrative that Netflix and its shows pose a serious threat to traditional television. “I don’t believe there’s enough stuff on Netflix that is broad enough and consistent enough to affect us in a meaningful way on a consistent basis,” he said, according to Adweek.

Netflix has long maintained that the performance of individual shows shortly after they premiere isn’t relevant because, unlike NBC, the company isn’t selling advertising against its programming. In fact, the company argues that its lack of focus on ratings allows it to create content that is more compelling to a smaller number of people than the broad-appeal shows that serve as the backbone of most network lineups.

“To make a baseball analogy, linear TV only scores with home runs,” Netflix chief content officer Ted Sarandos said at CES this year. “We score with home runs, too, but we also score with singles and doubles and triples.” 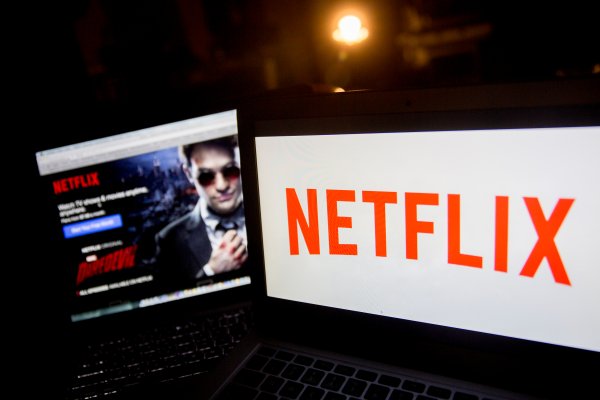 This NBC Exec Says Netflix Isn't a Threat
Next Up: Editor's Pick