Sanders Hits Clinton With a Roundabout Jab in New Ad

An ad released Thursday by the Bernie Sanders campaign indirectly takes aim at Hillary Clinton on her plan to reforming Wall Street without mentioning her name.

In the 30-second spot, the Vermont Senator doesn’t mention Clinton by name but contrasts “two Democratic visions for regulating Wall Street,” which seems to imply that his plan differs from that of the former Secretary of State. “Will they like me? No,” Sanders continues. “Will they begin to play by the rules of our president? You better believe it.”

The ad will air in Iowa and New Hampshire, where the two Democrats are in constant competition. Sanders overtook Clinton in Iowa with a five-point lead on Tuesday in a Quinnipiac University poll of likely caucus goers.

Sanders has stuck to running a clean campaign, avoiding attacking Clinton, but this ad may toe the line. His campaign, however, denied that the ad is negative, adding that the commercial is a simple comparison of the two. 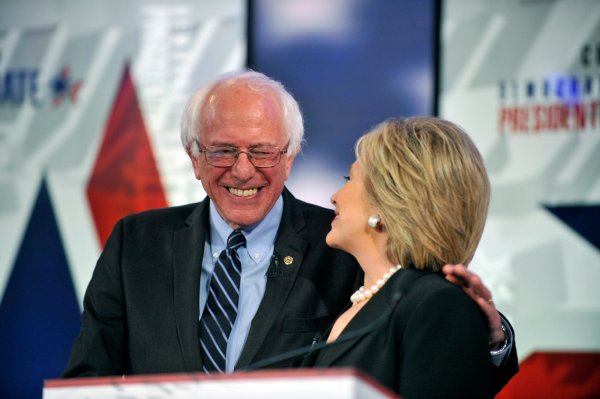