Why GoPro's Stock Is Tumbling

A GoPro Hero 4 camera is displayed at the 2015 International CES at the Las Vegas Convention Center on January 6, 2015 in Las Vegas, Nevada.
David Becker—Getty Images
By Victor Luckerson

Action camera maker GoPro is having a tough time on Wall Street. The company, which had a very successful IPO in 2014 and reached a high of almost $100 per share that same year, was trading at just $12.69 Thursday morning. Shares tumbled 16% in mid-day trading Thursday after the company announced that it was going to miss revenue forecasts for the fourth quarter of 2014.

There are several reasons for GoPro’s swift decline. The company’s high-def cameras are targeted at mountain bikers, snowboarders and other extreme sports enthusiasts. But GoPro has had trouble expanding their appeal to others. A new flagship camera, the Hero4 Session, launched over the summer at $399. But the company cut that price in half by December, leading GoPro to take a $21 million charge on the lower-than-expected sales. As the camera quality on smartphones continues to improve, demand for GoPros from anyone who isn’t BASE jumping may dwindle.

Meanwhile, GoPro has tried to recast itself as a media company that distributes high-octane content to a millennial audience, similarly to what Red Bull is doing. The company is handing out cash awards to GoPro owners who share the most thrilling content in order to bolster its brand. So far, though, these early efforts haven’t made GoPro a significant amount of money. And the executive in charge of GoPro Entertainment, Zander Lurie, recently jumped ship to serve as CEO of SurveyMonkey, leaving the company’s media ambitions in question.

Finally, the company is being forced to slash its workforce after growing more than 50% annually over the last two years. GoPro says it will shave its headcount by 7% in the coming months, an effort that will cost $5 to $10 million in severance payments.

These compounding issues led GoPro to announce that it generated about $435 million in the fourth quarter of 2015, well below analysts’ expectations of $512 million. Several banks have since slashed their price targets for the company’s stock, Reuters reports.

GoPro is now hoping that virtual reality gear and the launch of a GoPro drone can help reverse its fortunes. There’s reason for optimism on both fronts. Drones catapulted into the world of mainstream consumer products over the holiday season, while VR is set to do the same in 2016. But the company faces stiff competition in both arenas, meaning success is far from guaranteed. 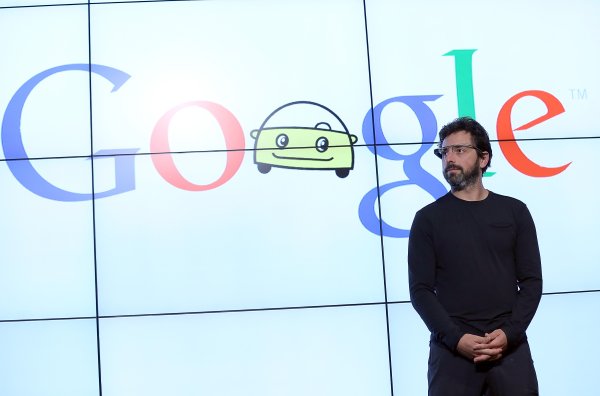 Why Google Is Changing a Bunch of its Companies' Names
Next Up: Editor's Pick