Nouriel Roubini: The New Abnormal for a Troubled Global Economy

The world economy has had a rough start in 2016, and it will continue to be characterized by a new abnormal: in the behavior of growth, of economic policies, of inflation and of key asset prices and financial markets.

First, potential growth in developed markets and emerging markets has fallen, and actual growth will remain below this weak potential. That potential has fallen because of the burden of high private and public debt, population aging—older people tend to save more and invest less—and a variety of uncertainties that keep capital spending low. Meanwhile, technological innovations haven’t translated yet into higher productivity growth at the aggregate level, while structural reforms aren’t moving fast enough to increase potential growth. There’s also “hysteresis”—the way that protracted cyclical stagnation can weigh down potential growth, since human and physical capital become more obsolete if they aren’t used at full capacity.

What actual growth we’ve seen has been anemic, below its potential as a painful process of deleveraging has been under way, first in the U.S., then in Europe and now in emerging markets, to stabilize and reduce high levels of private and public debts and deficits.

At the same time, economic policies—especially ­monetary—have become increasingly unconventional, and the distinction between monetary and fiscal policy has become more blurred. Ten years ago, who had heard of terms such as ZIRP (zero-interest-rate policy), QE (quantitative easing), CE (credit easing), or UFXInt (unsterilized FX intervention)? These esoteric and unconventional monetary-policy tools are now the norm in most advanced economies, and even some emerging market ones as well.

Some critics incorrectly argued that these unconventional monetary policies—and the accompanying mushrooming of the balance sheet of central banks, which they saw as an alleged form of debasement of fiat currencies—would lead to hyperinflation, a collapse in the value of the U.S. dollar, a sharp rise in long-term interest rates and the price of gold and other commodities, even the replacement of standard currencies with cryptocurrencies like Bitcoin. Yet none of that happened—inflation is still too low and falling in advanced economies, while long-term interest rates have kept on falling in the past few years. The value of the dollar has surged at historic rates even as commodity prices have fallen sharply—with gold dropping by some 25% in 2015—even as Bitcoin has been the worst-performing currency in 2014–15, if one could even call it a currency.

In spite of the ballooning balance sheets of central banks and the unconventional policies that were supposed to debase fiat currencies, inflation is too low and falling in advanced economies, and even in many emerging markets. Central banks now need to try to avoid low-flation, if not outright deflation. The traditional connection between the money supply and prices—as more money is pushed into the system, prices should go up—has collapsed for two reasons. One, banks are hoarding the additional supply of money in the form of excess reserves rather than lending it. Two, there is still a lot of slack in many countries. Goods markets have large output gaps, with the excess capacity now exacerbated by the overinvestment by China. In labor markets, unemployment rates are still too high and workers have too little wage bargaining power. That slack is clear in real estate markets in countries that had a housing boom and bust, and now in commodity markets where the prices of oil, energy and other raw materials have collapsed thanks to various factors, including the slowdown of China, the surge of supply in energy and industrial metals thanks to new discoveries and overinvestment in new capacity, as well as a strong dollar that weakens the price of commodities.

Real interest rates are very low and many asset prices too high relative to their underlying fundamental value in equities, real estate, credit and government bonds. We have negative nominal interest rates at the policy level in most of Europe—including the euro zone, Switzerland, Denmark and Sweden. There are now over $2 trillion equivalent of government bonds at maturities all the way to 10 or 20 years that provide a negative nominal yield in the euro zone, the rest of Europe and Japan. Why would investors lend to governments at a negative nominal yield for 10 years when they could instead hold cash and at least earn a zero yield?

It is indeed a new abnormal for growth, inflation, monetary policies and asset prices—and it is likely to stay with us in 2016 and well beyond. 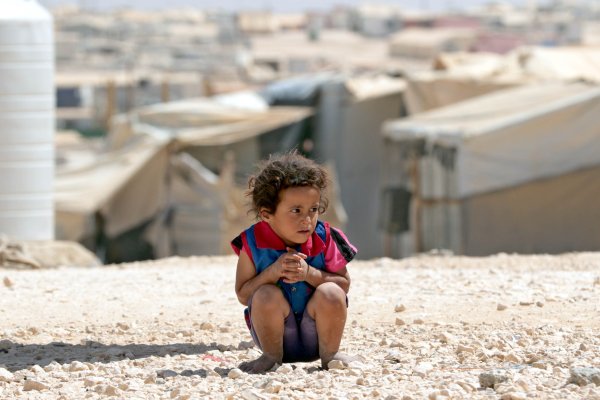 Refugees Need New Places to Live—and Jobs When They Get There
Next Up: Editor's Pick