Alan Rickman, the British actor known for his role as Severus Snape in the Harry Potter series, has died at the age of 69 after a battle with cancer. Rickman portrayed the dark potions professor in all eight of the Harry Potter films and was beloved by many for the manner in which he brought to life the multi-dimensional character.

Harry Potter and the Deathly Hallows: Part 2, the last movie in the franchise, was released in July 2011, but Rickman said his goodbyes to the magical wizarding world in April of that year. After the final wrap on his part in the series’ conclusion, he wrote the letter below to Empire Magazine.

Rickman accepted the role of Snape when J.K. Rowling’s seven-book series was still incomplete, leading to speculation over how much the author revealed to him about the character’s fate in order to convince him to take the job. However, in an interview with HitFix, Rickman denied that Rowling told him Snape wasn’t actually a true villain.

“Not true. I don’t know who thinks that is true, but it’s not true,” he said. “She gave me one tiny, little, left of field piece of information that helped me think that he was more complicated and that the story was not going to be as straight down the line as everybody thought.” 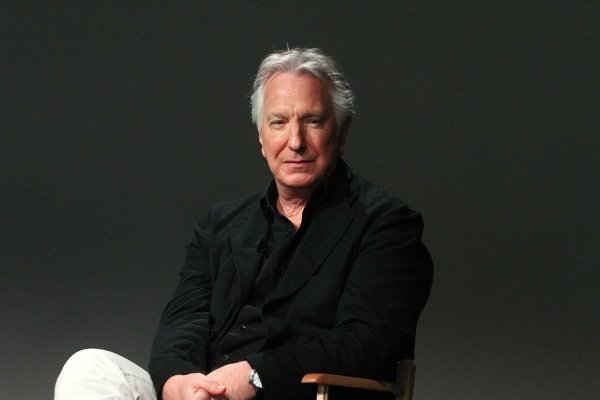 6 Things You Never Knew About Alan Rickman
Next Up: Editor's Pick