Google's Super Cheap Virtual Reality Headset Is About to Get Better

An attendee inspects Google Cardboard during the 2015 Google I/O conference on May 28, 2015 in San Francisco, Calif.
Justin Sullivan—Getty Images
By Lisa Eadicicco

Virtual reality newcomers are bound to be overwhelmed by the mesmerizing, lifelike visuals that surround them when putting on a VR headset for the first time. But creating an immersive audio experience is just as necessary to make a virtual reality environment feel realistic. Now, Google is helping developers do just that.

The company recently announced that the software development kit for its Cardboard headset will now support spacial audio. Translation: audio in VR will behave more like the sounds we hear in our everyday lives. Google likens this effect to the way sound changes when a firetruck zooms by or when an airplane is heard passing overhead.

Support for spacial audio is coming to Android and Unity, a development platform that’s used to build high-end mobile games.

The announcement comes as both Facebook-owned Oculus VR as well as HTC are preparing to launch their high-end Rift and Vive VR headsets later this year. Both headsets are bigger, more complex virtual reality systems that need to be hooked up to a powerful computer to work. Their experiences are both higher-quality than those offered by simpler headsets like Google Cardboard.

Cardboard’s advantage, though, is that it’s much more accessible than competing headsets, even more so than Samsung’s $99 Gear VR. Most Cardboard viewers only cost about $20 and work with your phone, whereas the Oculus Rift and HTC Vive will require the support of a computer that costs upwards of $1,000. The Oculus Rift alone costs $600 before you factor in the hardware needed to support it.

Although the Oculus Rift has included spacial audio for quite some time, it’s clear that Google is aiming to make the Cardboard experience better as virtual reality becomes more popular and competitive. Industry watchers have also said in the past that audio is becoming increasingly important to the virtual and augmented reality experience. Piper Jaffray analyst Gene Munster acknowledged this when discussing Apple’s decision to hire an audio engineer from Microsoft who previously worked on the company’s HoloLens headset. 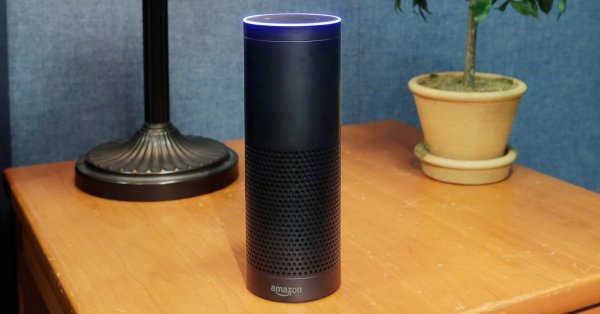 Amazon is Working on a New Echo Speaker That's the Size of a Beer Can
Next Up: Editor's Pick