Lewis, an Emmy winner for Homeland, enters a world more treacherous than the CIA: Wall Street
SHOWTIME
By Daniel D'Addario

Paul Giamatti and Damian Lewis are actors who excel at opposite things. Giamatti, in the years since he broke through to mainstream fame in the 2004 film Sideways, has been regularly and memorably blowing his stack on screens big and small; no one does petty fury better. Lewis, meanwhile, brought to his three-season run on Homeland an inscrutability that made that show’s ditherings work far better than they otherwise might have. Giamatti is always bordering on too much acting; Lewis has you convinced he’s not doing enough, until the plot shifts.

The pair are locked in an endless face-off on the new Showtime drama Billions, premiering Jan. 17. As U.S. Attorney Chuck Rhoades, Giamatti is bent on investigating Lewis’ Bobby “Axe” Axelrod, a hedge-fund leader for whom extravagant purchases—from a $63 million home to the college tuitions of his late colleagues’ kids—are mundane. Socially, the two circle each other warily, a tense relationship facilitated by the fact that Rhoades’ wife Wendy (Maggie Siff) works as a performance coach at Axelrod’s firm.

That conflict of interest is absurd on its face. But happily its centrality to the narrative pushes Giamatti to new heights of acting excess, as he sputters in anger at his own futility. In general, Billions chooses furthering the plot over fealty to realism just about every time. It’s a mixed bag, but one that generates real sparks between the rich man and the man tasked with investigating him.

And there are still occasional sharp pieces of reality that manage to provoke—the private-jet trip to bro out with Metallica, Wendy instructing her hedge funders to recite their salaries as a self-esteem move. Greed, here, isn’t good; it’s numbing. Axelrod doesn’t seem to enjoy his money. He seems dedicated to lavish sprees just to rile Rhoades up.

Reminiscent of Entourage‘s more decadent moments, the character’s slavish service to the id is boring in its particulars yet makes for compelling pop psychology. We learn that his pursuit of wealth and power follows directly from growing up poor, an easy but satisfying puzzle to solve, though Lewis’ remoteness persuades us there’s something more subtle at work. The question of what, really, Axelrod is hiding about his career in the early years of the 2000s—he was the only survivor of 9/11 at his firm and is the subject of murmurs from other characters about perceived profiteering from grief—is the show’s most interesting one.

Giamatti gets significantly less to do; there’s “easy but satisfying” and then there’s the obviousness of his character’s being into sadomasochism, as we see in the show’s opening moments. Rhoades is obsessed with punishment, he feels he lives in the shadow of his father, and he shares his wife (in a sense) with his primary nemesis. These characteristics haven’t been seen before in this particular combination, but it still feels as though they were plucked from the antihero-TV magnetic-poetry set.

After all, we’re still trapped in the cultural moment The Sopranos kicked off, in which scripts about the inner lives of morally convoluted men rose to the top of network executives’ piles, to diminishing returns. Many of these shows (recently, Better Call Saul on AMC) have been very good, but there has to be more than one way to tell a story than just over and over, through the eyes of an ultra-competent man.

To wit: Wendy may not be a character whose loyalty makes sense, but I wanted to see more of her perspective. And in the pivotal role of Lara, Axelrod’s wife, Malin Akerman is both miscast and hazily written. Akerman, the lone ray of sunshine from HBO’s The Comeback, is not the actress to carry across Machiavellian. And Lara is saddled with such overt hostility (and with a bizarre monologue about a hardscrabble upbringing teaching her toughness) that she feels more like a male writer’s idea of a harridan than like a character we want to follow.

Lara, off doing her own thing while Rhoades and Axelrod do battle and Wendy anxiously coexists with them both, is a particular problem for the show. An entire episode sees her carrying out an elaborate plan to ruin a rival, including ensuring that rival’s son gets rejected by the college of his choice. The viewer may end up as bored as Axelrod is when he looks at his bank statements. If absolutely everything is possible, then where’s the fun?

There’s an empty-calorie feeling here, as spectacle grows less thrilling without insight backing it up. It’s a missed opportunity. We’re awash in shows about lawyers and cops, crooked and straight, but the financial industry exists outside TV’s gaze, despite its outsize influence. That’s not least because they’re hard for laymen to understand (as the recent film The Big Short, with its cutaways to stars explaining collateralized debt obligations, made clear). So it’s no wonder Billions, with two game stars, defaults to splashiness over insight. Billions resembles no show more than House of Cards, a post-Sopranos series designed to look and feel serious but one that excels primarily at presenting outrageous plot points. Like House of Cards‘ take on politics, Billions‘ look at Wall Street has little coherent to say besides “Power is a bad thing—and fun too.” It’s that last clause that keeps this show from junk-bond status. 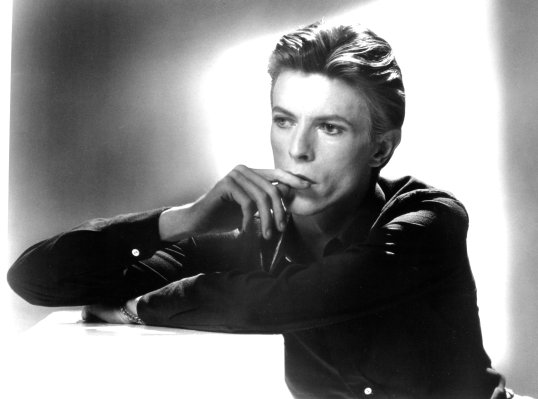