Every comedy needs a good straight woman—the one person who keeps her head amid chaos. Rashida Jones honed that skill on The Office and Parks and Recreation. Now, on Angie Tribeca, she’s as delightfully deadpan as ever, even as circumstances test the limits of reason. Jones plays a Los Angeles police officer who’s impersonal, brusque and work-obsessed: a common type. (There’s one like her, played by Stephanie Beatriz, on Brooklyn Nine-Nine, TV’s other great cop comedy.)

On Jan. 17, TBS will air the complete first season of Tribeca during 25 hours of commercial-free repeats. Then the 10 episodes of Season 2 arrive weekly starting Jan. 25. It’s an offbeat decision that makes sense; like any good procedural, the episodes are formulaic enough to foster addiction.

Merging familiarity with absurdity is what Tribeca does best. All TV cops have a hard time letting things go; Angie keeps a dead fish in a tank on her desk, because she’s pretty sure he’s just sleeping. And it wouldn’t be a cop show if a case didn’t get personal: Angie attempts to nab a perp by staging a fake wedding with her partner (Hayes MacArthur), who turns out to be harboring feelings for her. Unlike the more earthbound Nine-Nine, this show has nothing to say about police controversies. It’s about TV cops, not real cops, and better for it.

I considered bailing after the first appearance of a dog that does police work like a human. But Jones’ heroic commitment helps Angie Tribeca maintain its balance. She’s playing Mariska Hargitay on SVU, but in a world where the crimes are low stakes and easily tied to puns. It’s a performance that never breaks. But you’d be forgiven for watching the season all the way through, again, just to make sure she doesn’t. That’s just good detective work. 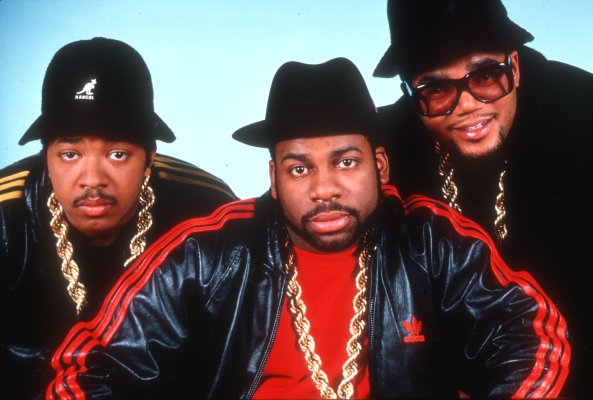 Run-DMC to Receive Lifetime Achievement Award at Grammys
Next Up: Editor's Pick