President Barack Obama delivers his State of the Union address before a joint session of Congress on Capitol Hill in Washington, D.C., on Jan. 12, 2016.
Evan Vucci - Pool/Getty Images
Ideas
By Alicia Garza
Garza is a political strategist, principal of Black Futures Lab and Black to the Future Action Fund, and co-founder of Black Lives Matter.

Tuesday night, I sat as the guest of Rep. Barbara Lee (D-Calif.) at President Obama’s final State of the Union. I waited for him to discuss or even announce a plan to address the needs of black people in America—especially black cisgender and transgender women and black immigrant women, who continue to be overlooked, underpaid, undervalued and in the midst of continual attacks on our lives.

I was deeply disappointed, and, unfortunately, not surprised.

There was no tribute for India Clarke, a black trans woman, who was killed in Florida last year. There were no condolences to Samaria Rice, who is still fighting for justice for her 12-year-old son Tamir Rice. There was no mention of the fates of Laquan McDonald, Sandra Bland, Natasha McKenna, Samuel DuBose or Eric Garner.

We heard about the economy and giving people a fair shot at opportunity. The president said that “we’re in the middle of the longest streak of private-sector job creation in history.” But he didn’t acknowledge that black women aren’t advancing. Black women are more likely to experience wage theft and they are making 64 cents, compared to the 77 cents white women make, to every dollar made by white men in our economy.

We heard about climate change. The president acknowledged that clean energy, especially solar, is “saving Americans tens of millions of dollars a year on their energy bills, and employs more Americans than coal .” But as environmental advocate Van Jones told us, “pollution is not colorblind.” Black communities across the world continue to be disproportionately affected by the environmental and climate injustices, and that nuance is key for policy implications.

We heard about foreign policy and security and winning the war against terrorism. President Obama’s elevation of American exceptionalism rang clear: “The United States of America is the most powerful nation on Earth.” But this is still the nation where 11 million undocumented immigrants, including an estimated half-million undocumented black immigrants, are forced to live in the shadows under the looming fear of deportation and no pathway to citizenship. Let’s not forget that under President Obama’s leadership in the last seven years, more than 2 million immigrants have been deported, and, in many cases, sent back to the same violence they sought refuge from. There was no acknowledgment of the recent raids on Central American immigrant families.

President Obama talked of better politics and better citizenship. The president made a poignant point: “Our public life withers when only the most extreme voices get attention.” But we also know that some voices, especially those of black women, get little to no attention. The recent years have seen, and will continue to see, a failure in our participatory democracy through the enactment of voter suppression laws all over the country that disproportionately affect low-income people and people of color. Despite this fact, women of color have been a key, emerging voting bloc with more than 2 million joining the voter-eligible population.

Black women seem to participate the most actively in democracy, and get the least from it. Our issues tend to be the afterthought and our voices continue to be ignored.

I attended last night because President Obama’s time in office is not yet up. He can exercise much more leadership through his power as president, using tools like executive action to achieve a moratorium on deportations, to demand accountability of law enforcement agencies to our communities, to outlaw discrimination or exclusion based on gender identity, to close the wealth gap for black women. He still has a chance to actively take on an agenda that lifts up black people, black women, cisgender and transgender, and black immigrant women. 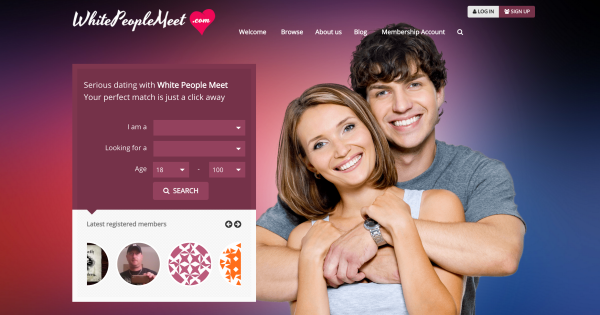 Founder of Dating Site for White People Says He's Not Racist
Next Up: Editor's Pick