John Green on Mental Illness: 'There Is Hope'

Over the years, I’ve had a few extended periods in which I lived with very limited control over my thoughts. I assume that everyone has the occasional intrusive thought; that seems fairly normal to me—at least until I pause to consider it: How is it that you can’t control your thoughts, when to at least some extent you are your thoughts? Regardless of whether you want to follow Descartes all the way down his rabbit hole, he was certainly onto something when he concluded, “I think, therefore I am.”

Recently, I had occasion to consider this question with some urgency, as I found myself a passenger in my own consciousness for about a month. I suppose it was a bout of depression, although OCD, depression and anxiety intermingle so thoroughly that it’s hard to sort the one from the other. Regardless, it became impossible to write or to read, and suddenly, I had a newfound appreciation for the phrase “think straight.” It was impossible to think straight because my thinking circled back on itself in a ceaseless spiral.

But then I got better. Having been sick before and being in the privileged position of having access to excellent health care, I was surrounded by people who told me my pain would end, that I would not always feel how I felt at my sickest. There is hope, even if getting good treatment is difficult, especially in a health-care system that too often fails to acknowledge the seriousness of mental illness. People get better every day. Of course, they get sick, too. The metaphors we most often employ when discussing disease—that it is an enemy to defeat, or a hurdle to jump and put behind us—don’t really apply to chronic illness. Instead, you live with it. You get better. You get worse. You get better again. Sometimes you’re driving the bus and sometimes you aren’t, but the bus rumbles along regardless.

John Green is the author of The Fault In Our Stars and 5 other books. 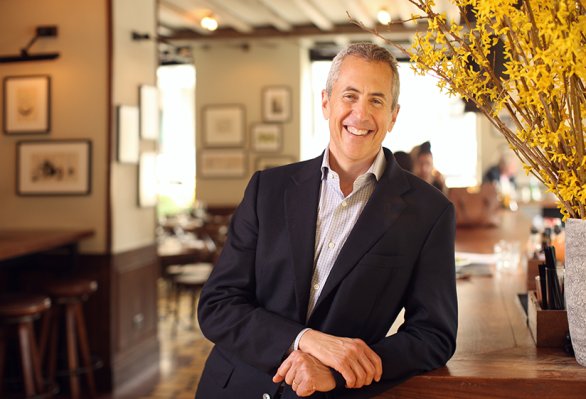 Shake Shack Founder Danny Meyer: The 5 Traits I Look for Before Hiring Anyone
Next Up: Editor's Pick