Why Bernie Sanders Is Trolling Hillary Clinton on Twitter

With the race for the Democratic nomination tightening in Iowa and New Hampshire, Bernie Sanders is taking heavy flak from Hillary Clinton for his healthcare proposal. His plan is expensive (some $15 trillion) and would likely require middle-class tax hikes, Clinton’s campaign has pointed out. It would erase all the hard-earned successes of the Affordable Care Act, Clinton says, and be at the whim of Republican governors who implement it.

Now Sanders has taken to trolling Clinton on Twitter, using Team Clinton’s words against her in defense of his universal healthcare plan.

The Sanders campaign posted on Wednesday an old photograph on Sanders’ account of the Vermont senator talking earnestly with then-First Lady Hillary Clinton. Clinton’s note to Sanders the bottom of the card says, “To Bernie Sanders with thanks for your commitment to real healthcare access for all Americans and best wishes — Hillary Rodham Clinton 1993”

Sanders says his ambitious single-payer plan would provide healthcare for all Americans, “as a right, not a privilege.” He has not yet outlined how he would pay for the plan, which is estimated to cost $15 trillion. Earlier versions of Sanders’ plan, which he has introduced as legislation in Congress, would raise taxes on middle-income earners and raise employer taxes, for a total of a nearly 9% tax increase.

Sanders says that in his earlier plans, families will end up saving money because they will not have to pay for health insurance. Sanders’ policy advisor told TIME last month that he will come up with another way to pay for the plan.

Clinton’s aides have cut into Sanders for months, but increased their criticism in recent weeks. They say he is avoiding outlining his plan because he does not want to say he will raise classes on the middle class. “The effort to avoid detailing the tax side of this healthcare plan is a way to obscure the fact that there is no way to do it without raising taxes on working families,” said Clinton senior policy advisor Jake Sullivan on a conference call with reporters Wednesday afternoon. 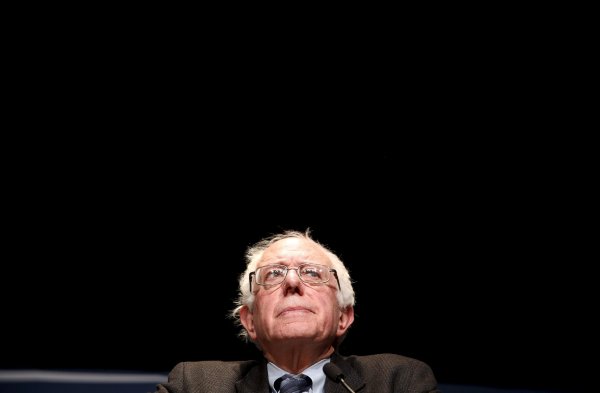 Sanders Overtakes Clinton in Iowa Poll
Next Up: Editor's Pick