The lip balm maker EOS said in January that a class-action lawsuit alleging its product causes skin to crack, bleed and blister has been resolved.

According to the suit, filed in California, the plaintiff Rachael Cronin said her lips felt like “sandpaper” several hours after using the product. After she reapplied it to soothe her skin, her lips began to crack, flake and bleed. The next day, she had blisters and rashes on and around her mouth. Her symptoms lasted 10 days.

Cronin’s lawyer Mark Geragos wrote that the affected customers could comprise tens of thousands if not hundreds of thousands of shoppers, and he sought damages and asked the company to address the potential health concerns.

In late January, EOS announced the lawsuit had been resolved. While the company maintained that its products were safe, and will not change the lip balm’s formula, it has agreed to include details about the ingredients and instructions for correct use on the packaging.

Geragos said in a statement: “This is a testament to [EOS] being responsive to the concerns of their consumers. [EOS] has demonstrated through data that their lip balms are hypoallergenic, and has provided a mechanism for individual instances to be resolved … We will be applying to the courts to close this case.” 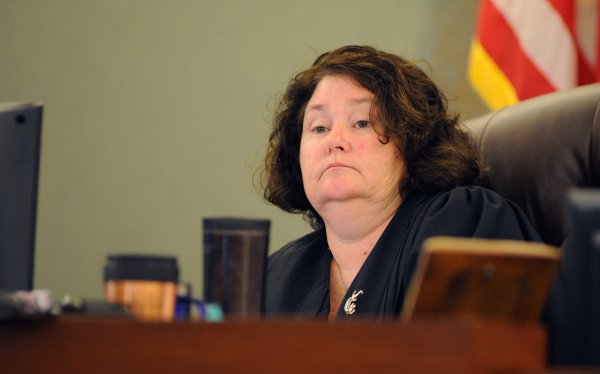 Meet the Judge at the Center of Sheldon Adelson's Strange Deal to Buy a Newspaper
Next Up: Editor's Pick