Video footage from Iranian state TV shows the moment 10 U.S. sailors were detained for being in Iranian waters.

The footage, obtained by CNN, shows the sailors kneeling with their hands held behind their heads, all facing the same direction.

The sailors were released on Wednesday, a day after being taken into Iranian custody—a process experts say was expedited by renewed relations between the U.S. and Iran. “These are always situations which, as everybody here knows, have an ability if not properly guided to get out of control,” Secretary of State John Kerry said on Wednesday, adding, “I think we can all imagine how a similar situation might have played out three or four years ago.” 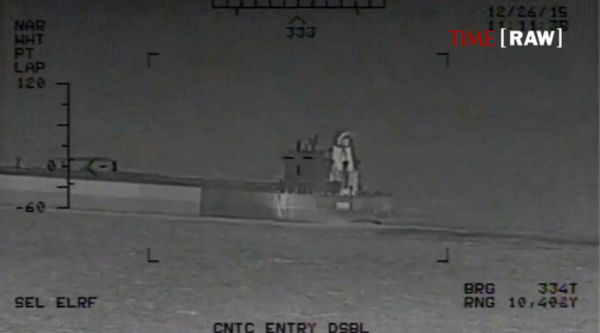