See David Bowie on the Cover of This Week’s TIME

Oh, you pretty things! How you loved David Bowie—imagined yourselves in his guise, stood before your bedroom mirrors and preened in mascara, boas and platform shoes. How you turned up the music, then stepped back, striking a chord on your air guitars before singing along, in unison: “Ziggy played gui-ta-aa-ar!”

Bowie was the rare artist who inspired not just adulation but imitation, a desire to inhabit and inhale the glittering spectacle he presented on album covers, in music videos and onstage. His six-decade career was an ongoing act of transformation, a series of outrageous experiments in persona and power chords. From Major Tom’s lonely “Space Oddity” rocket ride in 1969 to the disquieting “Lazarus,” his last single and video, Bowie was always seeking his next great role. In illness and death—which came from liver cancer on Jan. 10, just two days after his 69th birthday and the release of Blackstar, his 26th studio album—he found inspiration for his final lines, which he read as passionately and cunningly as anything in his repertoire. “Look up here, I’m in heaven,” he sang. “I’ve got scars that can’t be seen.”

Long before Madonna became the queen of reinvention, Bowie mastered this subtlest of art forms. A man of avid and sometimes fleeting fixations, he moved from inspiration to inspiration, wringing all he could from each incarnation. While his friend and hero Lou Reed followed a singular inner voice, Bowie synthesized his creative force into a string of characters and -catchphrases—“Queen Bitch,” “Rebel Rebel,” “Ch-ch-ch-changes,” “Rock ’n’ Roll -Suicide”—that altered the course of pop music, infusing it with highbrow ideas about art, identity and theater, as well as a succession of shimmering jumpsuits that would one day be hung in great museums. If Bowie revealed his true self, it was obliquely; he toyed with our perception of him, reflecting back at us our hunger to stand out, to be something special.

“I always had a repulsive need to be something more than human,” he once said of his creations. “I felt very puny as a human. I thought, ‘F-ck that. I want to be superhuman.’”

Visit Time.com/magazine Thursday for the entire Jan. 25, 2016, issue of TIME. 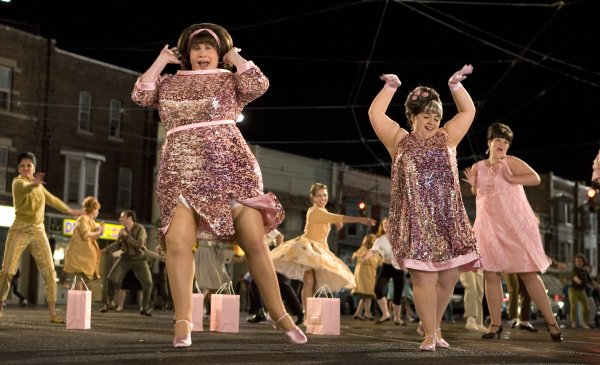 Hairspray Live Musical Is Coming to NBC
Next Up: Editor's Pick