Google’s fleet of self-driving cars have now traveled millions of miles, while some version of autonomous vehicles are expected to go on sale in the next few years. Before that happens, though, they’ll have to get better at navigating traffic without the need for human intervention.

The search giant has issued a report to California regulators showing how often its autonomous driving software malfunctioned while on the state’s public roads between September 2014 and November 2015. During that period, Google’s self-driving cars reported 341 safety-related “disengagements,” or instances when a human driver sitting in the vehicle needed to take control.

The vast majority of these disengagements had to do with technical glitches. Google reported that hardware issues like a broken wire, or software problems like an inaccurate GPS, led the self-driving car to disengage 272 times during the period. The test drivers who sit in the cars were alerted to these disengagements by audio and visual signals and claimed control of the vehicle in 0.84 seconds on average.

There were also 69 instances when a human driver preemptively took control of a self-driving car in order to ensure the vehicle’s safety. Thirteen of those incidents would have resulted in collisions if the self-driving software was left to act by itself, according to Google. In the other cases, the car performed an incorrect action, like running a traffic light, but wasn’t in danger of a crash.

Google uses a simulator to recreate the driving conditions after the fact to determine whether its cars would have crashed without driver intervention.

While the new data illustrate that Google’s cars aren’t perfect, the number of disengagements has been steadily decreasing over time. Disengagements caused by technical glitches or failures fell from one per 785 miles in the fourth quarter of 2014 to one per 5,318 miles a year later.

Overall, Google has clocked more than 420,000 miles on California public roads. The vast majority of Google’s incidents occurred on city streets in the Mountain View area, near the company’s headquarters. The company is focusing on learning to navigate city streets because the number of obstacles in an urban environment (traffic lights, pedestrians, cyclists) is significantly higher than the number encountered on a freeway.

Other automakers such as Mercedes-Benz, Volkswagen and Nissan also reported disengagements on their self-driving vehicles, but they’ve driven significantly fewer miles than Google’s cars. 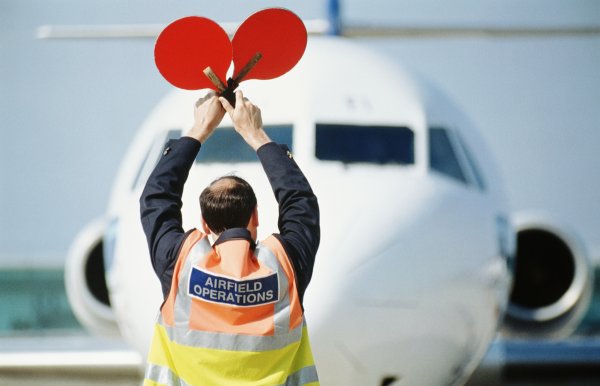 These Airlines Have the Lowest Safety Ratings
Next Up: Editor's Pick