Family members and lawyers of detained lawyers and their colleagues gather after another attempt to seek answers at the Hexi District Detention Center in Tianjin on Jan. 8, 2016
Fred Dufour—AFP/Getty Images
By Rishi Iyengar

Chinese authorities have officially placed at least seven human-rights lawyers and their colleagues under arrest after having detained them for six months, relatives and associates of the accused said on Tuesday.

The arrests include that of Zhou Shifeng, founder of Beijing’s Fengrui law firm that was the main target of a sweeping government crackdown last year, Agence France-Presse reported.

According to a social-media post by his colleague Liu Xiaoyuan, Zhou has been charged with “state subversion,” which carries a possible life sentence.

Zhou and more than 100 other lawyers, both from his firm and elsewhere, were detained in July in what many said was China’s toughest suppression of rights activists in several years. Chinese state media reported that Zhou had “confessed” to an unspecified crime a few days after his arrest, prompting fears that he was made to cooperate under duress.

“For the crime to become as serious as state subversion, it’s a completely political charge,” Liu told Reuters.

Others charged with subversion include a 24-year-old trainee lawyer, Li Shuyun, and Zhou’s colleague, Wang Quanzhang, with the latter’s sister confirming news of his arrest in an online post.

Legal assistant Zhao Wei, also 24, has meanwhile been charged with “incitement to state subversion” — a crime punishable by up to 15 years in prison — according to her husband and mother, who cited a police notice. Similar notices were posted on the Internet by friends of lawyers Xie Yanyi, Xie Yang and Sui Muqing, indicating they have also been charged with incitement.

The notices show that Zhou, Zhao and Li are being held at a detention centre in the northern city of Tianjin. It is the first time since their disappearance six months ago that relatives and acquaintances have received any knowledge of their whereabouts. 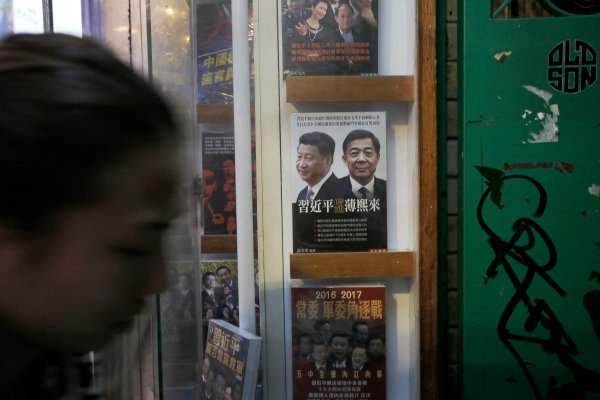