See How President Obama Has Aged Since His 2009 Address

President Barack Obama in his 2009 address to a joint session of congress, left, and in the 2016 State of the Union address, right.
Chuck Kennedy—MCT/Getty Images (L), Saul Loeb—AFP/Getty Images (R)
By TIME Staff

President Barack Obama has been joking about his job turning his hair gray for so long, it’s hard to remember what he looked like when he took office in 2009.

Back then, despite a grueling two year campaign and a collapsing economy, he was still a fresh faced pol from Illinois, promising the country hope.

Correction: The original version of this story misstated President Obama’s birthday. It is Aug. 4, 1961. 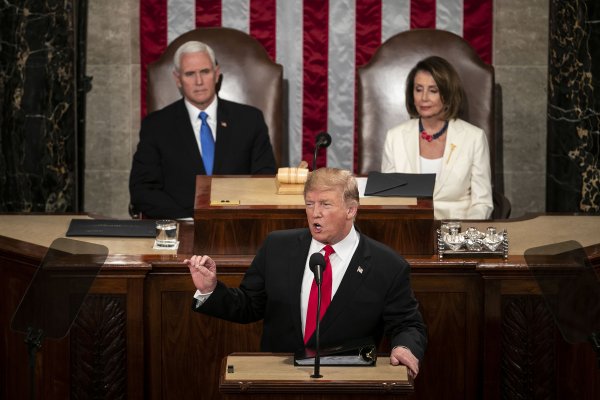 This Is Why U.S. Presidents Started Name-Dropping Their State of the Union Guests
Next Up: Editor's Pick