The good: Lively dialogue and insightful characterization, beautiful hand-drawn backdrops
The bad: Simplistic busywork challenges, genre twists you see coming miles off
Bottom line: A smarter-than-it-seems exploration of teenage uncertainty once you look past the plot

Five chatty teens ferry over to a quaint but spooky island for a day of tomfoolery. Some freaky stuff happens, shenanigans ensue, then it’s up to you to figure out whodunit, exploring the island to unearth clues and unravel a bunch of not-so-mysterious mysteries. Sound like an episode of Scooby-Doo?

Strip out the gloomy existentialism that threatens to overrun your Scooby gang’s relentless buoyancy and it might have been. In fact, Oxenfree (as in “Olly Olly!”), a narrative-heavy experience you steer by selecting word balloons that orbit your character, is self-aware enough to poke fun at its dalliance with campy procedural. But mostly it’s a whimsical riff on teenage unease with rapid-fire banter delivered against moody folklorish backdrops inflected by an edgy electronica-lensed soundscape.

In screenshots, those areas almost look like levels in a side-scroller. But they’re more like themed districts (“the dock,” “the beach,” “the woods” and so forth) linked by zigzag paths, low cliffs and ragged walls you amble and sometimes jog along. You can jump and climb, though only when you’re next to something jumpable or climbable.

That’s the extent of Oxenfree‘s platforming, inviting you to instead explore the island’s haunted vistas at leisure, tapping the face buttons on the gamepad to pick responses before they fade. There’s nothing twitchy to worry about, no bosses or mini-bosses to do battle with, and moving the story along comes down to triggering unmissable hotspots that signal things you can interact with. It’s a learning-curve-free zone.

At first it reminded me of Buried, a digital homage to the Choose Your Own Adventure I reviewed a few weeks ago that serves up chunks of exposition, then asks you to pick an action. Go this way or that one. Tell a companion to stay or tag along. But Buried does little to clue you in to why one choice might trump another, sapping pivotal moments of tension. If you want to know how things might have gone otherwise, you have to trudge all the way back to that point in the story from the start.

Oxenfree isn’t so different, but offsets that sense of having to make inscrutable decisions by inundating you with conversation options. Want to wax supportive? Inquisitive? Abrasive? Mischievous? Sullen? You’re still chasing a handful of alternate outcomes, but the design team masks the game’s tapering trajectories by lobbing mood-angled choices at you while your companions natter. And boy do they! We’re talking verbal tennis at what felt like Gilmore Girls velocities—look away from the screen for more than a second or two and you’ll probably miss a chance to pick a response. Which is okay, because not responding is a choice the game registers, too.

Occasionally you can break out an analog radio and tilt the dial one way or another, scanning for signals. In some situations you do this to unlock a door, in others to trigger an event, which sounds like the part of the game where the puzzles live. But sadly it’s not, because the solutions are all naked binaries: you either move the dial slowly to the left or to the right until the gamepad rumbles. I’m not sure what scared the design team off making stuff like that more mechanically interesting, and by the end it just feels like pointless busywork to make a thing happen so you can score another narrative fix.

And then it’s all over, somewhere near the four hour mark, the revelations shuffling onstage like the obliging genre conventions you saw coming an hour or two earlier. Even the final twist feels lazily Twilight Zone-ish, a stab at metaphysical profundity with all the gravitas of someone going “da-da-da-duuuum!”

Though you could also argue the entire who—or what—dunit is just a Macguffin developer Night School Studios’ threw up as the scaffolding around Oxenfree‘s much more interesting story about teenage caprice. Which is why you shouldn’t write off Oxenfree as just another romp through sci-fi or horror cliché. It’s really less about that stuff than the crazy interstitial muck between adolescence and adulthood that teenagers have to trudge through, and how much thornier it gets when that’s compounded by devastating loss.

My favorite part of Oxenfree, though, may sound like a trivial thing: the way the design team manages to work an abstraction like impatience into the conversation system. The game’s dialogue sparkles, so it’s worth hearing others out, but if you like, you can interrupt whenever word balloon responses materialize. Not in the clumsy, stuttering way most games do, but seamlessly, drawing natural reactions from your companions. It’s a subtle cadence thing, but it enlivens the experience of watching lives unfurl and change indelibly, a reminder that the journey—forget whether the ending’s any good—is where the stuff that resonates and illuminates has to play out, not the destination. 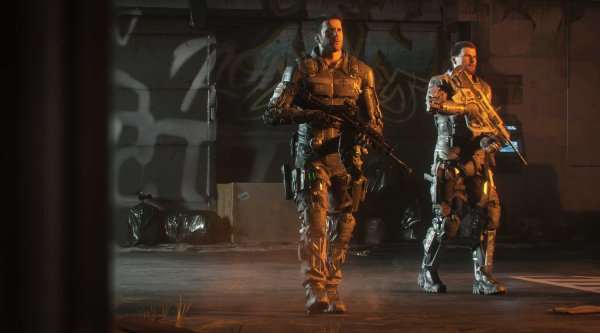 You'll Totally Believe What 2015's Best-Selling Game Was
Next Up: Editor's Pick