Viola Davis: 'We've Been Fed a Whole Slew of Lies About Women'

Viola Davis is one of five female cover stars featured in ELLE’s 6th annual Women in TV issue, and the 50-year-old Emmy-Winning actress gave some insight into her thoughts on the misrepresentation of females on the small screen.

“We’ve been fed a whole slew of lies about women,” said Davis, the star of Shonda Rhimes’s How to Get Away with Murder. “[By television standards,] if you are anywhere above a size 2, you’re not having sex. You don’t have sexual thoughts. You may not even have a vagina. And if you’re of a certain age, you’re off the table.”

Read More: Viola Davis: ‘I’ve Never Determined My Value Based on My Looks’

The other four leading ladies highlighted in the issue are Priyanka Chopra of Quantico, Taraji P. Henson of Empire, Julia Louis-Dreyfus of Veep and Olivia Wilde of the upcoming Vinyl, who each spoke about a different struggle of being a woman in Hollywood.

Louis-Dreyfus explained why many actresses have turned to television over movies as of late. “Go to the movies — how many good scripts are you really seeing out there? How many good, meaty roles are there for women within those scripts? Not tons of them,” she said. “Right now there are so many [TV] shows on with strong, complicated, powerful, not-so-powerful, interesting human beings who are women. And I am thrilled to be playing one of them.” 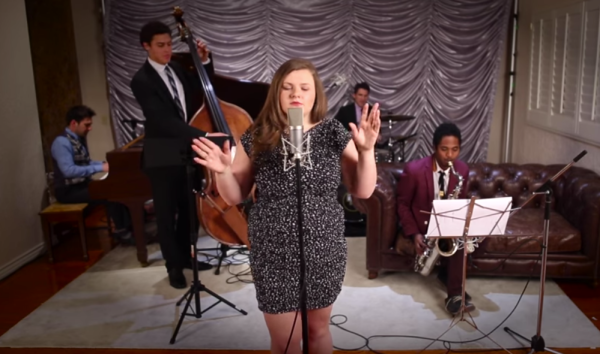 Hear Ed Sheeran's 'Thinking Out Loud' as a Vintage Swing Song
Next Up: Editor's Pick