Why the World Economic Forum Is in Davos

When world leaders converge on Davos, Switzerland, on Wednesday for this year’s World Economic Forum, it will mark 45 years since German economist Klaus Schwab first brought together 450 leaders for what was then called the European Management Symposium.

Schwab was a professor at the University of Geneva when he asked business leaders from around the continent to discuss how they were competing in a global marketplace, particularly against American firms. The European Management Forum, the group supervising the meeting, was based in the city of Chur—but Schwab chose Davos, a place otherwise known for skiing, as the site of the gathering.

And as the organization points out in its own internal history, the choice was about more than scenery. Davos was the setting for Thomas Mann’s novel The Magic Mountain. The book is the story of a young man who goes to Davos to stay at a sanatorium for three weeks and ends up spending seven years, and TIME’s 1927 review of the work makes clear why it was an appropriate inspiration for such an event: “In the sanatorium, a high and chilly retreat, the perspective of life changes,” the reviewer opined. “With death for a background, massive and eccentric as the high Alps, the caperings of man seem puny by comparison. The idiotic decadence, the absurdly microscopic preoccupations of humanity are emphasized by their isolation.”

When protagonist Hans Castorp returns to the world below the mountain, World War I is just beginning. As it turns out, the residents of the sanatorium each in their own way represent the forces that led to the war, and their concern with their health at the spa can be seen to represent the distractions through which the world is able to ignore those forces until it’s too late. “So countries squabble and chatter in the presence of catastrophe; so men, in the shadow of an enormous horror, pursue their silly and incongruous intrigues,” the TIME review continued.

The World Economic Forum again brings together the forces of the world at Davos, but now with a hope that the mountain air—and après-ski atmosphere—will help cut through its many distractions.

Fittingly, in 1981, TIME dubbed the location the “Magic Meeting Place,” for its ability to get business and political leaders to relax and open up. “Schwab has been able to get luminaries to go to Davos, for which they receive generous speaking fees plus expenses,” the magazine noted. In 1980, “former U.S. Secretary of State Henry Kissinger used the Davos podium to warn against a Soviet arms buildup, and in 1979 French Premier Raymond Barre gloomily predicted that Western Europe’s lack of energy and raw materials would condemn it to dangerous dependence on the Middle East and other areas.”

As TIME explained in 2010, the conference’s scope continued to expand until the name no longer fit. In 1987 it was retitled the World Economic forum and quickly saw a string of high-profile successes, including the 1988 diplomatic discussions between Greece and Turkey and the 1992 meeting of South Africa’s F.W. de Klerk and Nelson Mandela. 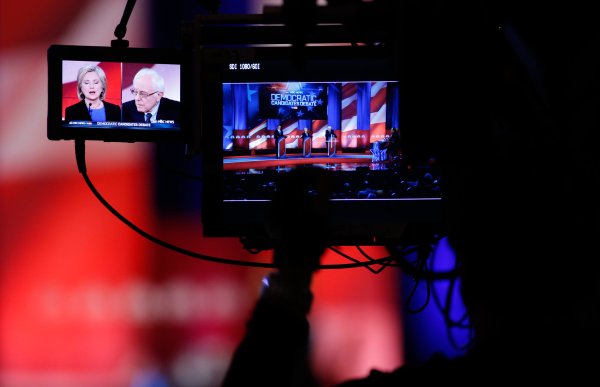 Why Hillary Can't Escape the Clinton Economic Record
Next Up: Editor's Pick