Wikipedia at 15: How the Concept of a Wiki Was Invented

Wikipedia went live on Jan. 15, 2001, but the now-omnipresent online reference couldn’t have existed without work that began years earlier, around the the dawn of the World Wide Web.

The technology behind one of the most popular sites on the web traces its roots an early Apple programming tool, HyperCard. Ward Cunningham, an Oregon-based programmer who at the time worked at a company called Tektronix, discovered that he could use HyperCard more efficiently by creating links without checking first to see if the destination page existed. His new system allowed a user to tell the program that you wanted to create the page if it didn’t already exist.

Armed with this innovation, Cunningham began asking the engineers with whom he worked to make pages about who they were, what they were working on and the ideas hey had, so that the pages could be linked together to show how ideas moved through the company. Though he tells TIME that many of his colleagues were skeptical, they were often drawn in once he showed them how it worked—particularly after they saw how easy it was to add or amend information about their own personal projects.

“People would get stuck at my desk,” Cunningham recalls. “I couldn’t use my computer because they wouldn’t go away. They found the joy of authoring in this rambling space we call hypertext, and that’s because they had a memory and they were connecting their memory with all the other memories of the people who’d sat down at my desk in the week before.”

The project had developed its defining characteristics: quick link creation, a collaborative ethos and the distinctive “write-publish-review” process that turned the “publish last” norm on its head. He was later able to use that innovation on the Web, transferring what he had been doing on HyperCard at his desk to the hypertext language of the Internet.

In 1995, Cunningham launched a web version of his project about the way ideas travel. At the time, the concepts he was pioneering didn’t have well-defined names, and neither did his technology. Cunningham almost called it QuickWeb, but changed course after remembering a trip to Hawaii where he’d been instructed to take the “Wiki Wiki Bus” at the airport. “Wiki wiki” meant “quick” and it had the bonus of starting with a “W,” so Cunningham went with the name WikiWikiWeb for the site. Because of naming conventions in Unix, the technology also needed a short name. And with that, the “wiki” was coined.

“Once it crossed about 2,000 pages I could see that there was a sociology going on there that was really important,” he says. The WikiWikiWeb site eventually grew to about 36,000 pages. Early in 2001, a user named Ben Kovitz mentioned to Larry Sanger, who was working on the online encyclopedia then known as Nupedia, that a wiki would be a good way to expand the capabilities of such a project. These days, there are more than 5 million English articles on Wikipedia.

Looking back, the extent of that sociological phenomenon is surprising even to Cunningham. “The Internet is a much more hostile place,” he says, acknowledging that the site he started in 1995 was a place for “computer people” to talk about computer programming, a context in which open collaboration wasn’t so scary. “They all felt like we were working together. Even so, I thought it was so open to abuse that if it only lasted six months it would still be a nice experiment.”

Cunningham credits the hard work of the people who care about Wikipedia with helping to prevent the site from becoming an untamed wilderness—and turning it into a relatively reliable source of information that has endured for 15 years. “Year after year, Jimmy Wales and all the other people who cared about that effort slowly raised the bar,” he says. “There’s an amazing amount of trust given it by the average reader, and to respect that you have to be careful. It takes a lot of work to make it be that way.” And that’s something Cunningham can appreciate first-hand, too: he uses Wikipedia pretty much daily, he says, “like everyone else.”

But hard work alone couldn’t have made Wikipedia what it is today. After all, without the collaborative feeling engendered by the wiki technology, it’d be hard to convince people to do that work. Cunningham sums up that allure thus: Before WikiWikiWeb, you might reach the end of a set of linked pages, and that was that. On a wiki, he says, “it says, ‘Now it’s your turn. You tell us.’ It’s an invitation. It says, ‘If you’ve gotten this far, we need your help building this.'” 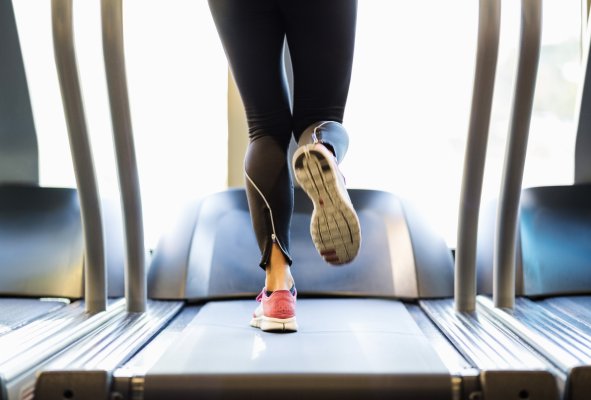 This Treadmill Lets You Walk In Any Direction
Next Up: Editor's Pick