John Boyega Says the Star Wars Sequel Will Be 'Much Darker'

While Star Wars: The Force Awakens enjoys continued box office dominance, its sequel is already on the horizon for fans and those actually making it. And star John Boyega has teased a bit of what fans can expect in the next installment.

Speaking with the British edition of Vogue, Boyega called the script for Episode VIII “great” and “much darker” than its predecessor. Though Boyega is of course not going to spoil anything about the upcoming film this far from its release — he even jokes in the interview about finally being able to discuss The Force Awakens plot points — he did hint that Episode VIII will be more physically taxing for Finn.

“My part in the next film will be much more physical so I might be in the gym a bit more,” Boyega said, explaining that he didn’t have any Thor-like regime while filming The Force Awakens.

Daisey Ridley has also said she’s read the “very good”Episode VIII script, while J.J. Abrams enjoyed the script so much he regrets not directing the next film,according to his friend and The Force Awakens actor Greg Grunberg.

Read Boyega’s full interview with British Vogue to hear about his relationship with Harrison Ford, how he’s handling taking part in such a massive franchise, and more. The Rian Johnson-directed Episode VIII will release on May 26, 2017, preceded by Rogue One: A Star Wars Story, which hits theaters on Dec. 16, 2016. 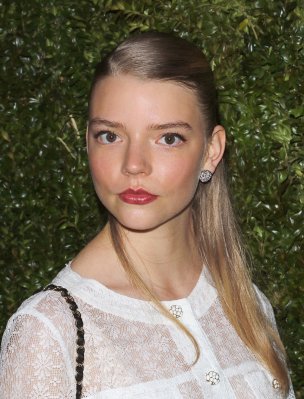 Paranoia Reigns in the Trailer for The Witch
Next Up: Editor's Pick