One of the weekend’s biggest news stories was the revelation that Mexican forces had recaptured notorious drug lord El Chapo, and that El Chapo’s interview with Sean Penn for Rolling Stone helped alert authorities to his whereabouts. Apparently El Chapo agreed to do the interview because he wants to make a movie about his life. Such a biopic is still probably years away, but Stephen Colbert is ready: The Late Show host put together an audition tape for the role of El Chapo and played it during Monday’s show.

With a theoretical El Chapo biopic still in the conception stages, not even genre is decided yet. Colbert therefore played the role in various forms: pun-tastic gangster movie (“el-bango, bango”), sci-fi Star Wars rip-off (“you tell the DEA that El Chapo just stole back the Millennium Falcon”), even farcial comedy. Watch the audition clip above. 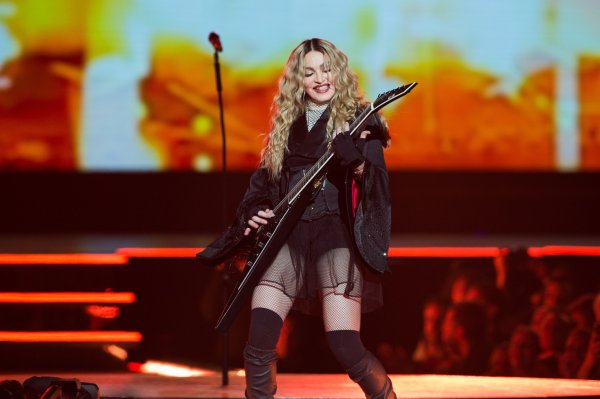 Madonna Pens Emotional Tribute to David Bowie: 'The World Will Miss You'
Next Up: Editor's Pick