Links to clips related to the new royal baby are seen on the app Periscope at the Lindo wing as the World's media wait for Catherine, Duchess of Cambridge to go into labour at St Mary's Hospital on April 30, 2015 in London, England.
Chris Jackson—Getty Images
By Alex Fitzpatrick

Twitter is in trouble. User growth, the single most important metric to investors in social media companies, has flatlined in the U.S., with only meager gains beyond this country’s borders. Everybody who wants a Twitter account, it seems, already has one — and the number of people who do is less than a third of the figure Facebook claims.

To help right the ship, co-founder Jack Dorsey returned as CEO last autumn. The comeback drew comparisons to Steve Jobs’ second tour at Apple, where he set his company on a path to become the biggest firm in the world by market capitalization. But Dorsey’s efforts to improve Twitter’s user experience, like curated feeds of content related to specific events or themes, have fallen flat with users. He’s also been criticized for failing to commit to Twitter full time, choosing instead to split his days between it and payments company Square.

Investors have let Dorsey know their displeasure in no uncertain terms. The company’s stock dipped below $20 on Friday for the first time since its 2013 initial public offering, while Monday trading brought even lower lows. The company’s stock hangs at $19.64 before Tuesday’s opening bell.

Now, Dorsey is responding to the crisis by dipping into his company’s acquisition portfolio. Twitter announced Tuesday that live video from popular livestreaming app Periscope, which Twitter acquired one year ago, will now be viewable directly in the Twitter feed. Periscope lets users broadcast live video anywhere they might have an Internet connection, while viewers can offer instant feedback on what’s being shown or said.

“Imagine scrolling through Twitter, reading about Mitch Oates’ underwater adventures,” reads Twitter’s blog post on the update, rolling out to iOS users Tuesday but later for Android and web users. “You suddenly find yourself peering through a hole in your timeline out into his world, via his live broadcast. This adds a whole new dimension to Twitter.”

Twitter is hoping that better integrating Periscope’s live video footage in its main app will give people a new reason to sign up for and stay engaged with Twitter. It may also help boost Periscope’s profile as a standalone service, a direction in which the company could pivot should that need ever arise.

The move mimics Twitter’s strategy with another successful video app. The company acquired Vine, which lets users record and play looping video or stop-motion footage not unlike animated GIFs, just before it launched in 2012. Like Periscope, Vine was given its own app for users to download separately from Twitter. But when linked to in a tweet, Vine videos play automatically there; Twitter users don’t need to download or open Vine’s app to view Vines.

Ultimately, tapping into Periscope’s popularity may be as much about improving Twitter as it is about sending a message to investors: Look at the value not just in Twitter, but in our other apps, too. How they respond when trading starts Tuesday will be telling indeed. 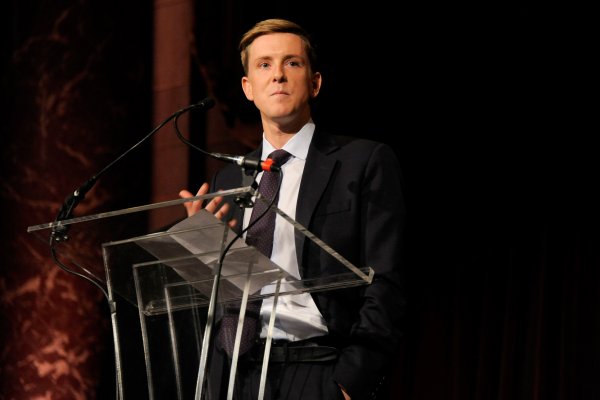 Facebook Co-Founder Puts New Republic Up for Sale
Next Up: Editor's Pick