5 Things to Know About the Zika Virus

By Sarah Begley and Alexandra Sifferlin

The CDC has confirmed cases of the Zika virus in the U.S., but that doesn’t necessarily mean that Americans need to worry about an outbreak. Here’s what you need to know.

Zika is a mosquito-borne virus. It causes mild symptoms of fever, rash, joint pain and eye redness. About one in five people who are infected actually become sick.

How do you treat it?

There is no medication for the illness, and it typically clears up with rest and fluids within a week. The United States is currently pushing to develop a vaccine for Zika, though it’s unlikely to will be available during this current outbreak.

No, but it may pose a risk to pregnant women’s fetuses. The virus has been linked to microcephaly, a condition in which babies have small heads and incomplete brain development; Brazil saw a spike in rates of the condition in 2015. While officials investigate whether there is a link to the country’s Zika infections, they have recommended Brazilian women delay getting pregnant if possible. However, the CDC says more information is needed to conclusively determine a link. “Since there are many causes of microcephaly in babies, it will take some time to determine the cause of these cases,” said a spokeswoman in an emailed statement to TIME.

In addition, health officials are investigating a possible link between the virus and an uptick in cases of a paralysis condition called Guillain-Barré syndrome in both Brazil and French Polynesia. Most people recover fully from the disease, which is characterized by weakness and paralysis in some cases, due to the immune system attacking nerves in the body.

Should Americans be worried?

Maybe. A case in Puerto Rico was confirmed in December; the patient had not recently traveled, which means the virus was acquired from a local mosquito. Other cases were confirmed in Houston, Florida and Illinois in January. (The CDC says similar imported cases have occurred before.)

For that person to infect others, he or she would have to be bitten by a mosquito during the “relatively short” time the virus is present in his or her blood, and that mosquito would then have to bite another person. “With the recent outbreaks in the Americas,” the CDC says, “the number of Zika virus disease cases among travelers visiting or returning to the United States will likely increase.” This will be more likely to pose a problem in warmer areas of the U.S. during the winter, as mosquitoes die off in freezing conditions.

What should pregnant women do?

Pregnant women should postpone any travel to places where the Zika virus is currently of concern, the CDC says. If a pregnant woman must travel to one of these locations, they should consult with a health professional ahead of time, and follow recommendations to avoid mosquito bites, like using insect repellent, wearing long-sleeved shirts and long pants and staying in places with air conditioning. 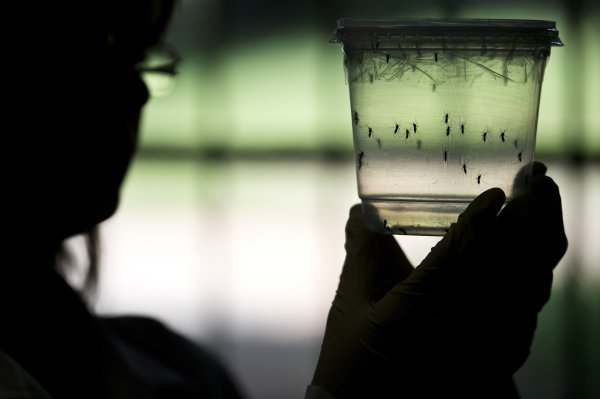 Zika Virus Confirmed in Houston
Next Up: Editor's Pick