Why Downton Abbey Celebrated a Wedding With a Breakfast

As Mrs. Hughes put it on the episode of Downton Abbey that aired in the U.S. on Sunday, her wedding day was her day—and that meant the party was to be a sit-down wedding breakfast, no matter how unfashionable Lady Mary found the idea. But Mrs. Hughes didn’t just have bridal privilege on her side, she also had history. The sit-down wedding breakfast had been the norm for Christian weddings for many years by the mid-1920s, perhaps even for centuries.

A common but perhaps apocryphal origin story for the wedding breakfast, as described in Heather Arndt Anderson’s Breakfast: A History, is that a Christian wedding—any of them, until the Reformation in the 1500s—would be a Mass, and the two who were to be married fasted beforehand. The party after the wedding was thus, very literally, breakfast, even if the meal tended to be a lot more substantial than what today’s morning diners might expect. The English term “wedding breakfast,” however, appears to date from the 19th century. During a century when royal weddings set a slew of bridal precedents, royal wedding breakfasts also helped solidify the tradition.

Ironically, it was in that century, Anderson notes, that afternoon tea began to sneak up on wedding tradition, as daring couples opted for more casual, and less religious, receptions later in the day.

By the time this particular Downton wedding would have come along, in 1925, the two options were both in play—but it’s not hard to see why Mrs. Hughes may have opted for the time-tested choice. After all, a 1922 edition of Emily Post’s etiquette guide described what the two options would look like—and the sit-down breakfast seems like a blast. Of the sit-down breakfast, Post described a space “packed with little tables surrounding the big one reserved for the bridal party” and perhaps one for their parents. “All the guests, except the few placed at the two reserved tables, sit with whom they like; sometimes by pre-arrangement,” Post noted, “but usually where they happen to find friends—and room!”

Correction: The original version of this article misspelled the name of the author of Breakfast: A History. She is Heather Arndt Anderson. 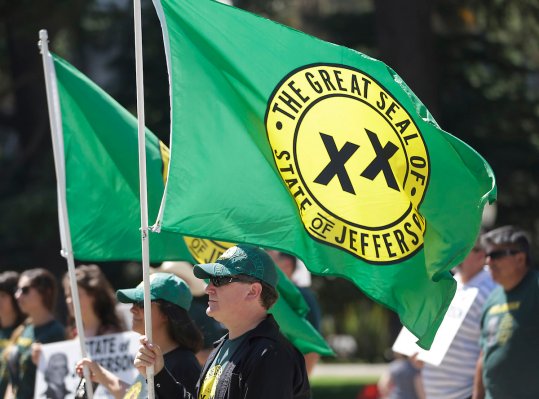 This Isn’t The First Time Armed Ranchers Have Seized Government Land in Oregon
Next Up: Editor's Pick