How David Bowie Helped Nina Simone Out of a Slump

British singer, actor and musician David Bowie, 1974.
Terry O'Neill—Getty Images
Ideas
By Alan Light
Alan Light is the author of the forthcoming What Happened, Miss Simone?: A Biography. He was previously the editor-in-chief for Vibe and Spin.

For both David Bowie and Nina Simone, 1974 was a year of great transition. Simone, the “High Priestess of Soul” and an activist who had become one of the most emblematic and pioneering figures in the Civil Rights movement, was at a low point. Though she was honored with a day-long tribute for “Human Kindness Day” that May, she had largely stopped performing and recording, and was facing charges from the IRS. “The most prevalent view was that she was being tremendously harassed by the government,” said the politician and diplomat Andrew Young. Bowie, meantime, had recently killed off his Ziggy Stardust persona, moved to New York City, and begun a new musical direction oriented more toward soul music. He was also descending into drug addiction and paranoia. But one night, these two icons accidentally collided, leading to a friendship that has never been previously revealed.

Things looked bad for Nina Simone in the mid-’70s. But around this time an unlikely ally appeared, offering her a small morale boost. In July 1974, she took her daughter Lisa to a David Bowie concert at Madison Square Garden. About a week later, she went out, on a whim, to a private club called the Hippopotamus, and shortly after she arrived Bowie himself walked in with a small entourage and sat in a corner of the club. When Simone got up to leave and walked past his table, he invited her to sit down.

Though they had exchanged only a few words, Bowie asked for her phone number and then called her that night at exactly 3:00 a.m. “He said, ‘The first thing I want you to know is that you’re not crazy—don’t let anybody tell you you’re crazy, because where you’re coming from, there are very few of us out there.’ ”

For a month, he called her every night and they would talk for hours. Finally, he paid a visit. “He looked just like Charlie Chaplin, a clown suit, a big black hat,” said Simone. “He told me that he was not a gifted singer and he knew it. He said, ‘What’s wrong with you is you were gifted—you have to play. Your genius overshadows the money, and you don’t know what to do to get your money, whereas I wasn’t a genius, but I planned, I wanted to be a rock-and-roll singer and I just got the right formula.’ ”

What Bowie was affirming for Nina was her true calling as an artist, a sensibility that he could recognize as something different from that of a pop star. At a period of such turbulence, it was a lift that she needed. “He’s got more sense than anybody I’ve ever known,” she said. “It’s not human—David ain’t from here.”

Bowie later would record “Wild Is the Wind,” the title song from the 1966 Simone album, as the final track on his stellar Station to Station. And soon, as Bowie had done before her, Simone would leave her home country in search of a more sympathetic environment.

Excerpted with permission from What Happened, Miss Simone?: A Biography. Copyright 2016 by Radical Media LLC and the Estate of Nina Simone. To be published by Crown Publishing Group on February 9. 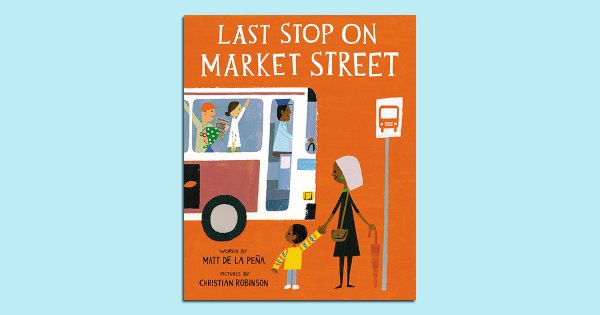 Best Children's Books of 2016 Named by ALA
Next Up: Editor's Pick