Federal watchdogs say they face serious challenges overseeing sexual assault allegations among Peace Corps volunteers, raising questions about whether the Peace Corps can be held accountable for caring for victims and keeping them safe.

The obstacles come nearly seven years after the murder of Peace Corps Volunteer in Benin over an alleged sexual assault set off a whirlwind of negative press and Congressional action to overhaul some of the agency’s practices, an attempt to make sure victims of assault were kept safe and given treatment.

Now the inspector general for Peace Corps, who is tasked with ensuring Peace Corps is following the law, says she is missing key records she needs to oversee the agency. Over the coming months, she says she will face major challenges reviewing scores of sexual assault cases.

“Without us being able to access those records, we can’t guarantee that what we see is accurate and complete for any particular victim,” inspector general Kathy Buller told TIME in an interview. “The agency is gathering the records together, redacting things and then giving them to us we can’t vouch for accuracy of the documentation or even that all the documentation pertains to a particular victim.”

The Peace Corps says that it is upholding its legal obligations by restricting access to the documents. Much of the missing information in the records is personal, and the Peace Corps maintains it is protecting victims’ privacy. The agency says that privacy concerns can prevent volunteers from reporting their assaults.

“The Peace Corps’ overriding objective is to encourage volunteers who are victims of sexual assault to come forward, so we can provide them with the support services they need,” a Peace Corps spokesperson Erin Durney told TIME. “The agency respects and values the important role of the Inspector General and we are committed to continuing our work with the IG [inspector general] to ensure rigorous oversight.”

Without personally identifiable information for each alleged victim, Buller’s office says it will be unable to match victims’ records with how they were handled in the various parts of the Peace Corps, like the office of health services, victim advocates, safety and security and others. Buller’s office says that makes it nearly impossible to tell in many cases with certainty whether Peace Corps is implementing the law correctly and protecting its volunteers.

Controversy within the Peace Corps is not new. In 2009, Peace Corps volunteer Kate Puzey was found on a porch with her throat slit shortly after reporting that a colleague had been molesting children at a school in Benin. In response, Congress passed the Kate Puzey Act in 2011, which was intended to protect Peace Corps whistleblowers and improve the treatment of victims of sexual assault.

Buller points to a 1978 law that gives inspectors general access to “all records” in various agencies. But in 2013 the agency issued an opinion that argued that the Puzey Act required it not disclose victims’ personal information.

A later memorandum in 2014 opened up some more records for review, but Buller says she’s still been stymied by this interpretation of the law.

Aides to the sponsor of the Puzey Act, Sen. Johnny Isakson of Georgia, said the law was never intended to reduce oversight in that way. The goal was to “strengthen the ability of the Peace Corps Inspector General to investigate the agency” and to encourage sexual assault survivors to come forward, said Amanda Maddox, an Isakson aide.

But Buller says she faces serious obstacles in overseeing whether the Kate Puzey Act is actually working, specifically, in obtaining personally identifiable information of victims. “From a victim’s standpoint, if you want to make sure that the agency is performing those services you really need to allow us to be able to demonstrate that they are by accessing the records,” Buller said.

Critics say the Peace Corps’ interpretation is wrong. “The director of Peace Corps is operating outside the boundaries of the federal law regarding inspectors’ general access to information,” said Paul Light, a New York University professor who studies the inspector general system.

But the Peace Corps argues it has a close relationship with the inspector general and is committed to implementing the Kate Puzey Act. The agency says it has established major new policies and is continually improving its handling of sexual assault cases.

The oversight issues are not unique to the Peace Corps. Across government agencies, inspectors general have said they are facing increased obstruction in overseeing their agencies, from the Department of Justice to the Department of Defense. Some 47 inspectors general in the federal government signed a letter to Congress in 2014 calling for better access to department information including Commerce, the Environmental Protection Agency, Homeland Security, Justice and others.

The recent round of access issues first arose more than five years ago in the Justice Department, when FBI lawyers said the inspector general could no longer access certain confidential records. In July, the department issued a formal opinion that barred access to wiretap intercepts and grand jury reports. Some say that conflicts with the 1978 law, however.

Overall, observers say that the authority of inspectors general has weakened since 2010.

Sens. Chuck Grassley and Claire McCaskill have introduced a bill called the Inspector General Empowerment Act, which would reaffirm the 1978 stipulation that watchdogs have access to all agency records. Buller says she is in favor of the law, and it has bipartisan support in the Senate. 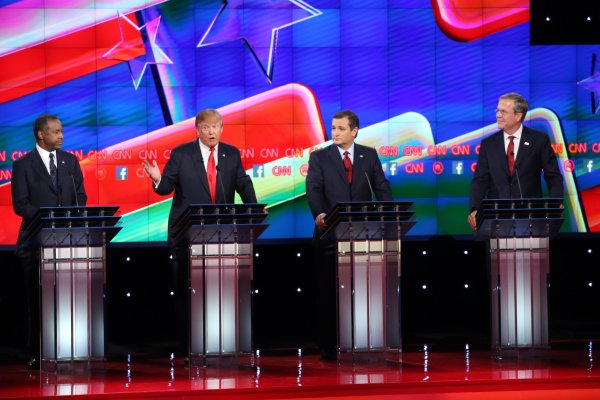