Hollywood Just Got a Tiny Bit Better About Sexism

Elizabeth Banks poses at the premiere of "The Hunger Games: Mockingjay - Part 2" in Los Angeles on Nov. 16, 2015.
Mario Anzuoni—Reuters
By Eliana Dockterman

Women are routinely shut out of big opportunities in Hollywood, but a new study shows that their representation behind the camera increased slightly in 2015. Last year just 9% of directors were female, up two percentage points from 2014, according to the annual Celluloid Ceiling report by San Diego State University.

Some of last year’s biggest hits were helmed by women, including Sam Taylor-Johnson’s Fifty Shades of Grey, Elizabeth Banks’ Pitch Perfect 2 and Nancy Meyers’ The Intern. (Angelina Jolie’s By the Sea, Marielle Heller’s Diary of a Teenage Girl and Jupiter Ascending, which Lana Wachowski co-directed with Andy Wachowski, all brought in smaller box office sums.)

MORE: Meet the Unusual Director of Fifty Shades of Grey

Still, progress has been modest. The study found that a whopping one-third of the top 250 films from last year did not employ a single woman in the roles of director, writer, producer, editor or cinematographer. By contrast, 1% of those films employed zero or one man in those roles. Women were mostly boxed out of the action and horror genres, finding more gainful employment on documentary and comedy films.

The study only reinforces what female filmmakers have been saying for years. Women who are considered “inexperienced” struggle to make the jump from indie film to big-budget pictures. Consider how Colin Trevorrow went from directing the low-budget Safety Not Guaranteed in 2012 to massive blockbuster Jurassic World this summer or Gareth Edwards jumped from indie film Monsters to Godzilla in 2014 and the upcoming Star Wars spin-off, Rogue One. But if women are not hired for big projects, they can’t get that experience they’re told that they need.

Last spring, the ACLU petitioned state and federal agencies to look into the issue, spurring the Equal Employment Opportunity Commission to begin an investigation into Hollywood. Upon hearing the news, Zero Dark Thirty filmmaker Kathryn Bigelow, one of the few women directors to helm a big budget flick, told TIME, “Hollywood is supposedly a community of forward thinking and progressive people yet this horrific situation for women directors persists. Gender discrimination stigmatizes our entire industry. Change is essential.”

MORE: Kathryn Bigelow: We Must End Gender Discrimination in Hollywood

Overall, women made up 19% of directors, writers, executive producers, producers, editors and cinematographers who worked on the top 250 movies of 2015. The study compared those statistics to those of 1998 and found more women are acting as producers, cinematographers and editors than 10 years ago, but the percentage of writers and directors has actually declined.

“The numbers for 2015 indicate little change in women’s behind-the-scenes employment. The celluloid ceiling remains a reality for women working in this community,” Martha Lauzen, the executive director of the Center for the study of Women in Television and film at SDSU said in a press release.

Things may improve this coming year. J.K. Rowling wrote the script for the upcoming Fantastic Beasts and Where to Find Them, while Katie Dippold co-wrote the new, all-female Ghostbusters reboot. Jennifer Yuh will return to the Kung Fu Panda franchise this winter as a co-director, while writer Sharon Maguire will go back to the Bridge Jones saga for Bridget Jones’ Baby (written by Helen Fielding and Emma Thompson) in the fall.

MORE: The Intern Director Nancy Meyers: Why the Rom Com Is in a ‘Coma’ 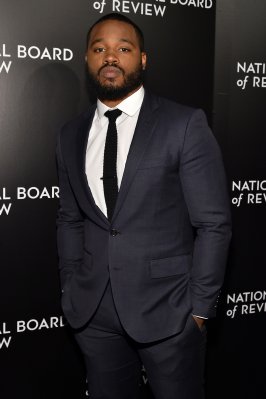