Millennials Want to See a Trump vs. Sanders Matchup

Young Americans know who they want to see on the presidential ballot in November: Bernie Sanders and Donald Trump.

A new survey of 18-to-34-year-olds found that if the Democratic primary were held today, 46% of millennials would vote for Sanders, while 35% would back Hillary Clinton—a shift from national polls, which give Clinton a more than 10-point lead over Sanders. In a Republican primary, Trump would win the votes of 26% of millennials, the survey found, followed by Ben Carson at 11%, a better showing than the retired doctor is currently seeing in national polls.

The survey, by USA Today/Rock The Vote, also found that millennials are more likely to be Democrats than Republicans, and more likely to be conservative on economic policy and liberal on social policy. Millennials also support action on climate change—8 in 10 want America to transition to clean energy by 2030—and on gun control, with 82% saying the U.S. should pass a law requiring background checks for all gun purchases.

Most millennials also want to make their voice heard at the polls, with 60% planning to vote in November, which would be an increase from the 51% of young voters who turned out in 2008, according to a comparison of the survey data with historic youth turnout data from Tufts University.

The USA Today/Rock The Vote was conducted by Ispos from Jan. 4 to 7 using online interviews of 1,141 U.S. adults ages 18 to 34 with a credibility interval of plus or minus 3.5%. 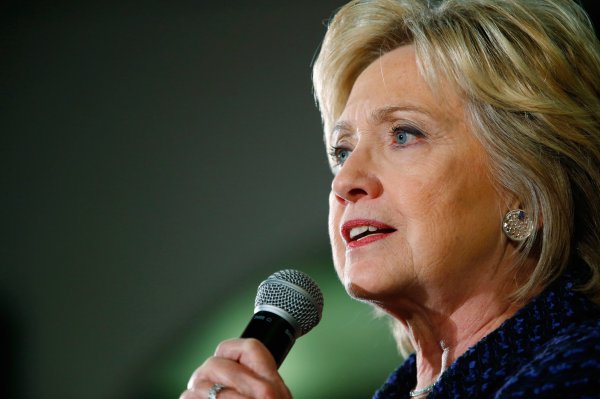 Hillary Clinton Proposes Tax on the Super Wealthy
Next Up: Editor's Pick