Donald Trump smiled in amusement on Monday as supporters at a New Hampshire rally chanted “Hillary for prison!”

The Republican frontrunner seemed to get a kick out of the phrase after someone in the crowd shouted it out during a campaign stop in Windham, N.H., video shows. “Against Clinton – Hillary Clinton,” Trump says, inciting boos from the audience. “I don’t know. She could have some big problems.”

A voice can be heard beginning the chant soon after. Trump appears to laugh as he repeats the phrase. “He goes ‘Hillary for prison,'” Trump says, pointing towards the audience.

Clinton on Sunday fired back against Trump’s repeated personal attacks, saying hit pieces that draw on her husband’s sex scandal “didn’t work before” and “won’t work again.” The billionaire businessman released an Instagram video earlier last week that compares Bill Clinton to Bill Cosby, who is facing sexual assault allegations. Trump also called the former president “one of the great abusers of the world” and said he “has a terrible record of women’s abuse.”

In New Hampshire, Trump is leading the GOP pack with 30% of likely Republican voters, according to the latest Wall Street Journal/NBC News/Marist poll. 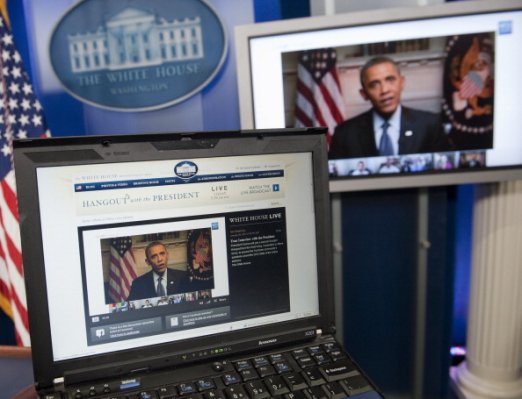 These YouTube Stars Are Going to Interview President Obama
Next Up: Editor's Pick