Fitbit Stock Drops Below IPO Price For First Time Ever

The Fitbit Inc. Blaze fitness tracker is displayed during an event at the 2016 Consumer Electronics Show (CES) in Las Vegas on Jan. 5, 2016.
David Paul Morris—Bloomberg/Getty Images
By Jason Cipriani / Fortune

Fitbit’s rough week continues as the company’s shares are now trading below its $20 IPO pricing for the first time since going public in June.

Last Tuesday, Fitbit dropped 18% and continued to fall throughout the rest of the week.

On Monday, Fitbit shares were down 13% at one point during mid-day trading hitting an all-time low of $18.50.

The decline can be attributed to two factors: First, the announcement of Fitbit newest product, the Blaze. The Blaze is Fitbit’s answer to the Apple Watch. Only, instead of focusing on duplicating advanced features found on competing smartwatches—such as the ability to install and run third-party applications—Fitbit opted to focus on fitness.

Framing the Blaze as a fitness-focused smartwatch, the wrist-worn gadget includes all of the staples expected in a Fitbit device: sleep tracking, step counting, heart rate monitoring, and exercise tracking. To provide the watch with its smarts, Fitbit added call, text, and calendar notifications along with GPS tracking when a smartphone connection is present.

Additionally, leveraging the company’s acquisition of FitStar, the Blaze is capable of guiding users through workouts.

Fitbit’s $199 smartwatch may be priced more competitively than the starting price $350 for the Apple Watch, but it lacks features such as the ability to send text messages and emails, or store and stream music to wireless headphones. On paper, it appears the Blaze is a mediocre competitor when compared to more advanced smartwatches, but until its March release there’s no way to know just how well it will compete.

According to Fitbit CEO James Park, the Blaze was purposely designed to lack more advanced features as he claims current smartwatch offerings do too much, and end up confusing users.

The second factor playing into Fitbit’s stock free fall is a class-action lawsuit that was filed against the company last Tuesday. The suit claims Fitbit advertised its heart rate tracking technology—called PurePulse—as an accurate method for constantly tracking heart rate, when in fact PurePulse is flawed and fails to provide consistent, accurate results.

Three complainants are cited in the suit, each one claiming Fitbit’s advertisements regarding heart rate tracking lead to their respective purchases. Shortly after, each one claims the tracker failed to prove accurate heart rate measurements.

Fitbit’s decline may be short lived, however, as it appears the company had an impressive holiday season. As reported by Qz, Fitbit’s iOS app quickly claimed the top spot as the number one free app in Apple’s App Store on the afternoon of Dec. 25.

The significance here is that users are required to link a Fitbit tracker to a smartphone or computer, using the company’s apps. Fitbit’s iOS app’s popularity indicates the fitness tracker was a popular gift this holiday season.

Fitbit isn’t alone in its struggles after the first week of 2016. GoPro and Twitter are also trading at all-time lows. 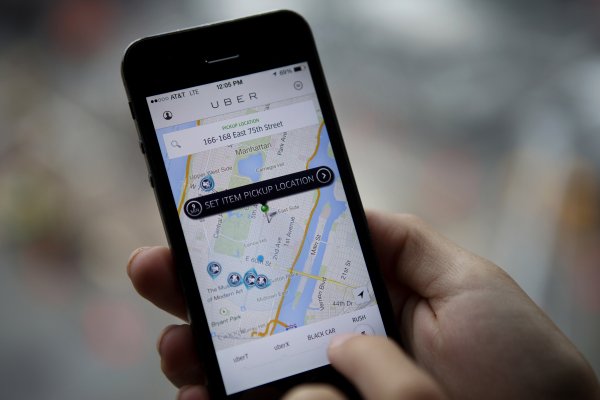 Your Next Uber Ride Will Probably be Cheaper
Next Up: Editor's Pick