Here’s a Guaranteed Way to Win the Powerball Jackpot

You can buy all 292.2 million combinations to win the Powerball jackpot, but experts say that may be foolish.
Saul Loeb-AFP/Getty Images
By Melissa Chan

Powerball jackpot seekers looking to take home the world’s largest lottery loot can guarantee a win by purchasing every single possible combination of numbers—but it could end up costing you more, experts say.

There are 292.2 million combinations to play, which means a gambler would have to spend $584.4 million to purchase each $2 ticket. With the world’s largest jackpot surging to $1.4 billion on Monday, there’s potentially an $868 million cash payout up for grabs. “People always think if the jackpot is really large, I should buy a ticket,” said Alan Salzberg, 48, a senior statistician at Salt Hill, a statistical consulting firm based in New York. “At the extreme, people might think, ‘Well, I’m relatively wealthy. I could buy all the combinations and I’m guaranteed to win.’”

But after taxes, and the likelihood of having to split the earnings with other winners, the roughly $600 million investment plan is doomed to fail, Salzberg said. “I don’t think it’s a very good strategy,” he told TIME on Monday. “It could backfire and you could lose quite a bit of money.”

Read more: What To Do If You Win the Powerball Lottery

In Michigan, the big jackpot winner taking the lump sum would end up with about $610 million after taxes, according to Jeff Holyfield, a spokesman for the Michigan Lottery. That gambler barely breaks even, even before calculating how much will likely have to go to other winners. “Even the most obsessive multimillionaire would quickly realize there are better places to invest that much money,” he said.

Players can buy as many tickets as they want, according to Holyfield, but the project itself would be a huge undertaking. “First you have to have about $600 million just lying around, and then you’d have to have legions of people out there assigned to buy tickets and part of that is that you’d need some kind of spreadsheet that is incredibly long,” he said. “If you’re going to spend $600 million doing this, you’re going to want to make sure you truly buy all the possible combinations.”

It’s unclear if anyone has ever tested out the expensive strategy. The Texas Lottery Commission did not return a request for comment Monday. 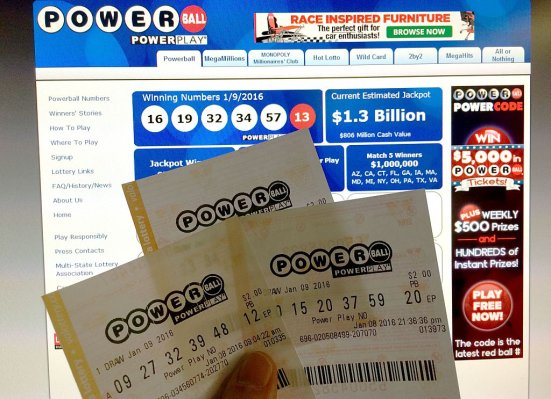