Watch the Raid That Led to El Chapo's Capture

El Chapo had been on the lam for months after escaping from a Mexican prison in July 2015. The above video, first aired on the Mexican television network Televisa, reportedly shows the Mexican Navy raiding the drug lord’s hideout. Police say El Chapo was able to escape in the ensuing shootout but was eventually captured on a highway.

In an interview El Chapo did with actor Sean Penn for Rolling Stone before he was captured, the cartel leader said, “I supply more heroin, methamphetamine, cocaine and marijuana than anybody else in the world. I have a fleet of submarines, airplanes, trucks and boats.” 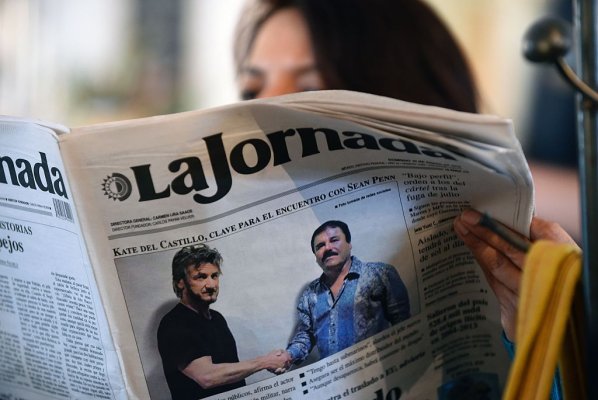 Sean Penn Says He Has 'Nothin' to Hide' About 'El Chapo'
Next Up: Editor's Pick