Why Obama Wants to Be America's Dad

President Barack Obama delivers his State of the Union address before a joint session of Congress on Capitol Hill in Washington, D.C., on Jan. 12, 2016.
Evan Vucci - Pool/Getty Images
Ideas
By Sheehan D. Fisher
Sheehan D. Fisher is an instructor and clinical psychologist in psychiatry and behavioral sciences at Northwestern University specializing in fathers and mental health and a fellow with The OpEd Project.

President Barack Obama’s final State of the Union address was many things to many people, but his vision as a parent was prominent. He promised to make progress on paid leave, protect children from gun violence and raise the minimum wage, all crucial for “hardworking families.” He added: “I will not let up until they get done.”

In a video released by The White House at the close of 2015, Obama told a rapt gathering of White House interns that being a father will be his best memory at the end of his life. “What’s the thing I’m going to remember on my last breath? It’s not going to be anything to do with my office,” Obama said. “What I’m going to remember is holding my daughter’s hand and walking her to the park. And seeing the sun go down and pushing her on a swing.”

America’s 44th president has been an advocate for fathers: In 2009, Obama made a presidential commitment to impact fatherhood in America through the national conversation on Responsible Fatherhood and Strong Communities, and he added fatherhood to one of the key priorities for the Office of Faith-Based and Neighborhood Partnerships.

Will the next president pick up the baton?

Celebrities in all arenas—from sports to Hollywood and politics—influence the culture on parenting. But the next leader of the free world may have the most important and influential opportunity to shape parenthood through personal example, public initiatives and national policies. A keen leader can build on Obama’s momentum to help make parenting roles in this country approach equity in the home.

How the president represents parenthood matters because the presidential image of parenthood is linked historically to the values of our country. For example, the iconic photo of John F. Kennedy with his son playing under his desk in the Oval office contrasts the parental legacy of Thomas Jefferson reportedly having six children with one of his slaves, Sally Hemings, who at the time was never publicly acknowledged.

How some of the leading candidates approach parenting issues can tell us a lot about them.

Democratic presidential candidate Hillary Clinton has advocated for national paid parental leave laws and made it a key component of her presidential campaign. During the October 2015 Democratic debate, Clinton made a personal, empathetic statement about the difficulty of balancing postpartum parental responsibilities and a successful career as a lawyer as support for the value of paid parental leave. And even though her recent social media push to be seen as everyone’s “abeula,” the Spanish word for grandmother, fell flat, she also publicly relishes her role as grandparent.

The closest competitor in the Democratic field, Bernie Sanders, has a non-traditional family history, but one that reflects that of many Americans. Sanders’ first marriage ended in divorce without children, but later he had a son with Susan Mott, and they lived together for several years until the relationship ended. Sanders remarried to Deborah Messing years later, and he has three stepchildren. He has been a longtime advocate of children’s issues, which was recognized by his 2015 First Focus Defender of Children Award, and his campaign calls for America to have parental paid leave and specifically mentions fathers.

Republican presidential candidate Donald Trump has three sets of children from different mothers. During a November 2015 interview with Trump and his children, Barbara Walters stated that Trump admitted that he was not very present as a father. In that interview, Trump’s children defended his parenting approach as “less traditional,” saying he instilled in them a strong work ethic. Recent allegations, however, that he reneged on a promise to pay for the medical care of his nephew’s son and helped to exclude the children of his brother, Fred Trump, Jr., out of their grandfather’s approximately $20 million, may shed a different light on his views of family.

Support for parents makes economic and public-health sense. Parents are a significant portion of the U.S. population, with nearly 4 million births per year. The majority of mothers, or about 70%, are working mothers, and 92.8% of fathers are in the labor force. The majority of homebuyers, about 64%, are between the ages of 35 and 49 and have one or more children. Most important, parents are primarily responsible for the well-being of children, who make up 24% of the population.

It is not required for a president to be a parent—although only one president, James Polk, did not have a biological or step-child. And a president can perform his or her duties without being an exemplary parent—some presidents may have shared the sentiment of President Theodore Roosevelt about his daughter’s misbehaviors: “I can be president of the United States — or — I can attend to Alice. I cannot possibly do both!” But beyond their own personal parenting decisions, the parenting policies of the next president will influence all Americans. 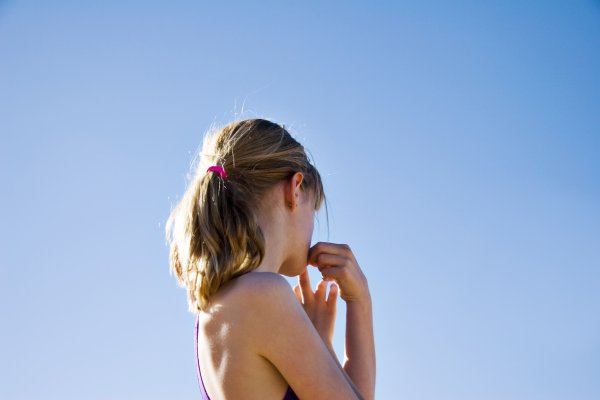 How to Talk to Your Kids About Their Habits: Good Ones or Bad Ones
Next Up: Editor's Pick