For his Golden-Globe winning performance, Stallone drew on his relationship with late son Sage, a horror actor and movie distributor who died of heart disease at just 36 years old in 2012 – and who appeared alongside his dad in 1990’s Rocky V.

“Wow, that’s a very heavy question,” Stallone said after his big win Sunday when reporters asked him about the loss’s impact on his work. “Any time you can do things that are real, I think it’s very, very helpful, and with my son, I want to respect his memory, and I think we did so.”

The action star also admitted he was so shocked to take home the trophy for best supporting actor in a motion picture that he didn’t even register that every celebrity in the Beverly Hilton Hotel rose to give him a rousing standing ovation.

“I didn’t expect it all, and I don’t remember a standing ovation. I’m shocked, was there really? You’re kidding me. I have to get a Tivo,” he said. “I did not expect to win at all so, I made a promise to myself that I would be very aware the whole time – it proves I’m not aware. I got really caught up in emotion. Thank you very much. Just the mere fact that these incredible people applauding, it makes me realize that in life, it’s really never over ’til it’s over, and it indicates that people should never give up trying, so I think it was a very, very positive message for everybody.”

Earlier in the night, Stallone stunned on the red carpet with four beautiful dates: His wife Jennifer Flavin and daughters Sistine, Sophia and Scarlet.

“They really have no idea who I am, and that’s okay, because I was a kind of peripatetic actor, on the road all the time, and I really wasn’t in the moment,” he said in the press room. “Then I realized family is everything, and that’s the greatest award that you get, because in the end, when you’re on your deathbed, you’re going to basically be judged on how you raised your kids and what you left behind, so finally they get to understand that they have a caring father, that movies are wonderful, but they pale in comparison to the movie of life, which is making them go on into the future and be very, very successful. That’s my duty, that’s my mission, and I give my wife all the credit because I’m pretty pathetic as a parent. She’s great.” 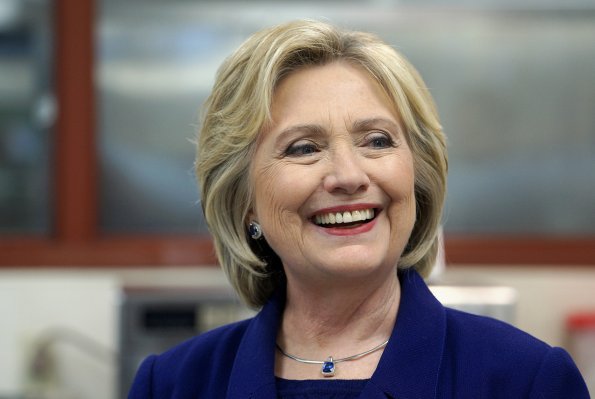 Watch Hillary Clinton Play 'Heads Up!' With Ellen DeGeneres
Next Up: Editor's Pick