Google’s latest Doodle honors women’s rights activist Alice Paul, who was born on Jan. 11, 1885. The image depicts Paul holding up a sign that reads “Deeds not words.” In the background, other women hold a sign that reads “Votes for women.”

MORE: What It’s Really Like To Be a Google Doodler

Paul was born into a Quaker family in New Jersey and was a founding member of the National Women’s Party. She used tactics of civil disobedience that she’d learned while working with the suffragist movement in Britain. Today, she’s regarded as “the architect of some of the most outstanding political achievements of the 20th century.”

Some have argued that Paul should be the woman on the newly redesigned $10 bill. 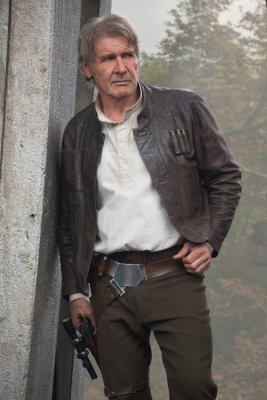 Bad Father Han Solo Is the Star Wars Parody Twitter You Never Knew You Needed
Next Up: Editor's Pick