A year after Paris’s spate of terror attacks began with the Charlie Hebdo massacre, French officials have held a series of ceremonies for the victims, both from those attacks last January, and from the far deadlier rampage on Nov. 13 on Parisian cafés, a concert hall, and the city’s biggest soccer stadium.

Yet, despite the wreath-laying, candle-lighting and rousing choral singing, both government and French people are struggling to strike the right tone to commemmorate the explosive violence—balancing still-raw feelings of shock, with the government’s pleas for normality.

Last Saturday, officials lit memorial candles at the kosher market in eastern Paris, where a jihadist gunmen killed four people on Jan. 9, last year. On Sunday, President François Hollande unveiled a memorial plaque in Paris’s Place de la Republique, with Paris Mayor Anne Hidalgo and several ministers. That marked a year after the giant Charlie Hebdo demonstration, when more than a million people—including heads of state from across the world—poured on to the streets of Paris, in the biggest gathering since the city’s liberation from Germany 70 years ago.

In all, 12 jihadists carried out last year’s violence, claiming allegiance to ISIS and al-Qaeda in the Islamic Maghreb. Since Hollande imposed a state of emergency within hours of the Nov. 13 attacks, armed soldiers have deployed across Paris, and officials have banned most mass demonstrations.

The message from French officials this past week is that it is perhaps time for Parisians to draw a line under the calamitous 2015, and to try to recapture the city’s distinctive joie de vivre. Addressing French police last Thursday on the first anniversary of the Charlie Hebdo massacre, Hollande said Paris’s cultural life and street cafés were part of “this way of life, the one that terrorists want to attack.”

Yet in days of interviews in the past week on the streets of Paris, many say they cannot quite shake off the anxiety that further violence is possible. Many admit that the attacks have changed them, despite their belief that the change plays into the hands of the attackers.

“The mentality has changed,” says Clément Remiens, 18, a theater student who lives steps away from La Belle Equipe café, where gunmen killed 11 people.”We don’t go out of our house in the same way, that is for sure,” he says in the Place de la République on Sunday as the French Army choir sang the national anthem La Marseillaise. “We are always prudent, and the thoughts are always in our head.”

In recent days, French officials have said that further attacks are possible. On Sunday, Interior Minister Bernard Cazeneuve told i-Tele TV that officials “do not know where Salah Abdeslam is,” referring to the surviving gunmen from the Nov. 13 attacks, who is believed to have fled across the border to Belgium immediately after the killings.

Prime Minister Manuel Valls said in a France 3 Television documentary last week that French peole have been far less sympathetic towards the government after the Nov. 13 attacks, than they were after the Charlie Hebdo attacks—reflecting a sense that officials had failed to stop a massacre from happening. “The reaction was very different than after Charlie and after the kosher market,” Valls said.

Perhaps for that reason, Sunday’s formal ceremony in the Place de la République—billed as the major one-year-after gathering—drew just a few hundred people after passing through two security cordons set up around the square. They stood under a cold drizzle, silently listening to somber speeches broadcast on large screens around the square. That was a stark contrast to the huge throngs that jammed the streets on Jan. 11 last year.

For the past year the République, the city’s biggest public square, has become a makeshift shrine and gathering point for Parisians to light candles, lay flowers, play guitar, talk about the events — or simply find some companionship among others. Hundreds gather on any given day, around the pedestal supporting the 30-foot bronze of France’s female icon Marianne, which is supposed to symbolize human rights and freedom, and which is now covered with notes and graffiti against terrorism.

“A lot of people do not want to be part of an official ceremony because it is something very personal,” says Véronique Cerasoli, 40, a business development manager in the airline industry, who had traveled into the city with her mother, from her suburban home west of Paris.

Cerasoli stood at the edge of Place de la République clutching a candle, which she said she would light only when Hollande and other officials left. Like others, she said that although she feared more attacks, she also disliked the heavy military and police presence across Paris since November. “I do not want to feel like I am living in a military state,” she says. “That is like giving up my personal freedoms.”

That sense of holding one’s ground—although fragile—is common among Parisians, one year after the Charlie Hebdo attacks. “We cannot be ruled by fear,” says Iara Albenque, 18, a student from a small village in the French Alps, who moved to Paris just two months before the attacks. She said the night of the attacks, she felt she wanted to go home, but then decided it was important to stay in Paris. “My friends and I continue to go out to cafés,” she says. “But the attacks are always in the back of our minds.” 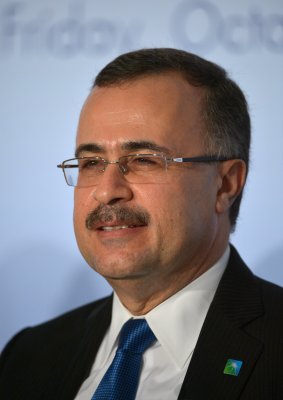