Why Mark Zuckerberg Was Right to Post His Daughter's Vaccination

If you’re a parent, here’s betting you wouldn’t get 31,000 shares if you posted a Facebook picture of your baby visiting the doctor.

Here’s betting too that if you happened to mention that the visit included routine vaccinations, you wouldn’t be doing it partly to help ensure that millions of other parents would vaccinate their kids too. Of course, you’re not Mark Zuckerberg, with nearly 48 million followers on the social network he helped create — so it’s to his credit that when it was time for his daughter Max to receive her two-month shots, he made that little bit of child-care news as public as possible.

The antivax crowd has been a bit quieter of late. Jenny McCarthy, the former ringmaster of crazy, has finally been shamed into silence on the topic of vaccines, after her long campaign of promoting the long discredited link between shots and autism. Presidential candidates like Chris Christie (who may or may not know better) and Rand Paul (who, as a doctor, certainly should) quickly had to backtrack when they made their own antivax statements.

But going quiet is not the same as going away, and the antivaccine crowd, while perhaps not as big as it used to be, is as febrile as ever. Recent outbreaks of mumps and whooping cough scared some parents straight — to say nothing of a multistate measles epidemic that was traced to a single unvaccinated visitor to Disneyworld. Too many others, however, still refuse to heed the science.

Zuckerberg already made an important contribution to the vaccine conversation, using his Facebook page last February to recommend the book On Immunity, by Eula Bliss, which both explains the science of vaccines and the reasons that rumors about their supposed dangers are without substance. “Vaccination is an important and timely topic,” he wrote. “The science is completely clear: vaccinations work and are important for the health of everyone in our community.”

If he chose, Zuckerberg could drop a real hammer on the antivaccine community, shutting down their Facebook pages and making it a little harder for them to get their dangerous message out. That is a nonstarter for him, as Facebook is very clear about the kinds of postings it doesn’t allow and medical misinformation is not among them. Still, the site’s Community Standards page does say, “We remove content, disable accounts, and work with law enforcement when we believe there is a genuine risk of physical harm or direct threats to public safety.”

If the danger of persuading even one parent not to vaccinate even one child wasn’t recognized as a threat to public safety before the Disneyland outbreak, it certainly should have been afterward. And by the way antivaxxers, being prevented from saying something you want to say on Facebook is not a freedom of speech or First Amendment issue. If the site were owned by the government or Zuckerberg were a public official, sure. But a private CEO doing what he wants with a private company? It’s his call.

Read more: Why ‘Tolerating’ Anti-Vaxxers Is a Losing Strategy

Even though a Facebook ban on antivaxxers is unlikely, Zuckerberg did do unalloyed good with his current post, since if there is anyone who qualifies for the overused term thought leader, it’s him. Leading public thinking away from dangerous fiction and back toward established science is the best possible use of that role. This is all the more so since it’s wealthy, well-educated communities like Silicon Valley that have some of the lowest vaccine compliance rates, with rural and poorer parts of the country — which do more poorly on most other health metrics — having the highest. Knowing enough to think you know more than the doctor, it seems, is as dangerous as knowing too little.

Not everyone will be persuaded by Zuckerberg, of course, and the comment thread following his post does include some of the usual conspiracy nonsense — including a new twist: that he and other information-age billionaires are all part of the larger plot. “… id bet the farm, that he has no intention of vaccinating and dumbing down his child,” wrote one respondent. “However, what he, bill gates, and other elites, wants for your children, and a whole generation. Is much, much different than what they want their own kids.”

Actually, what Zuckerberg, Gates and others want is what the overwhelming share of sensible parents want too, which is healthy children protected from deadly diseases. It’s the antivax rump faction — not vaccine science — that poses the real danger. 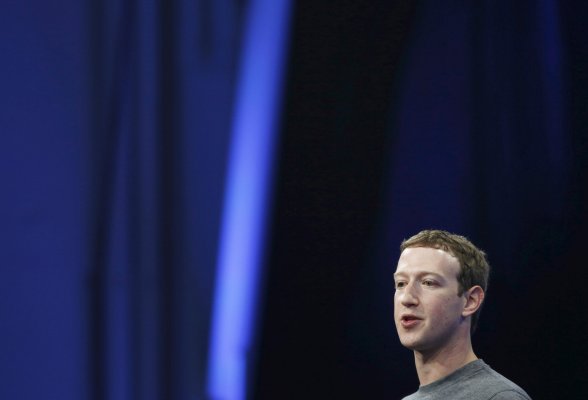 Mark Zuckerberg Wants You to Know He's Vaccinating His Daughter
Next Up: Editor's Pick