Demonstrators with the group Witness Against Torture dress in orange jumpsuits, wear black hoods and hold a banner with the image of Mohammed al Hamiri while demanding that U.S. President Barack Obama close the military prison in Guantanamo, Cuba, outside the White House January 8, 2016 in Washington, DC. AChip Somodevilla—Getty Images
Chip Somodevilla—Getty Images
By Maya Rhodan

White House Chief of Staff Denis McDonough said the president feels obligated to his successor to close the Guantanamo Bay prison in Cuba before he leaves office.

“He feels an obligation to his successor to close that, and that’s why we’re going to do it,” the chief of staff said on Fox News Sunday. McDonough was pressed about how Obama was going to accomplish that goal, especially given some Congressional lawmakers’ aversion to letting the detainees go.

Obama has whittled away at the Guantanamo Bay population throughout his presidency, but has had no luck in keeping his campaign promise of closing the facility, which held suspects after the 9/11 terror attacks. The president argues the facility is costly to maintain and a recruiting tool for terrorists.

“The president just said he’s going to present a plan to Congress and work with Congress and then we’ll make some final determination,” McDonough said Sunday. 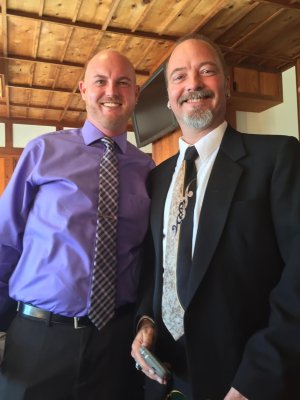