In the summer of 1983, David Bowie’s Let’s Dance was one of the biggest albums in the western hemisphere, with its titular single making it to the top of the charts in the U.S., U.K., Australia and elsewhere. Bowie had been a shimmering mainstay of pop music for nearly a decade and a half, but the cadence of Top 40 — in particular the danceable funk of Chic front man Nile Rogers, who co-produced the album — had caught up to his pioneering ear, and thus Let’s Dance remains one of Bowie’s most commercially successful albums.

On July 18, 1983, he was on the cover of TIME, with critic Jay Cocks devoting 4,500 words to praising the album, delineating the artist’s ongoing aesthetic evolution, and declaring Bowie to be “music’s most exquisite artifact.”

“Bowie made some of the most adventurous rock of the past decade,” Cocks wrote. “When it did hit, which was most of the time, it laid down rules and set new marks for others to follow. Bowie kept the cutting edge keen … Detractors think of him as a particularly shrewd trendy, but the reason Bowie may so often be in the right place at the right time is that the audience looks for him to be there. He is the perpetual Next Big Thing.”

He added: “At 36, the oldest fresh force in rock, this new Bowie seems to share few qualities with old Ziggy, the polymorphous camp extravaganza, the most gilded lily of rock’s gaudiest age. What binds these identities together is a gift that is cerebral and carnal, frequently danceable and always entertaining. His former crony Lou Reed has sung about it. Deep down inside, Bowie has a rock-’n’-roll heart …” 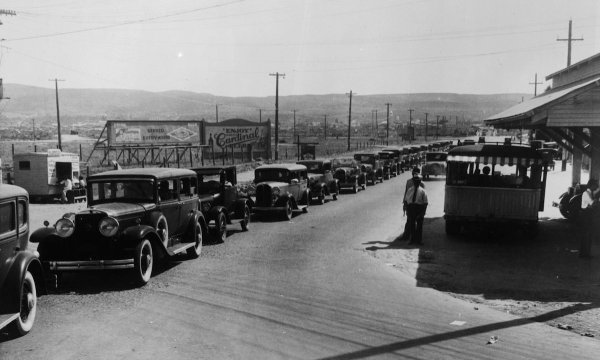 How the Mexican Drug Trade First Began
Next Up: Editor's Pick